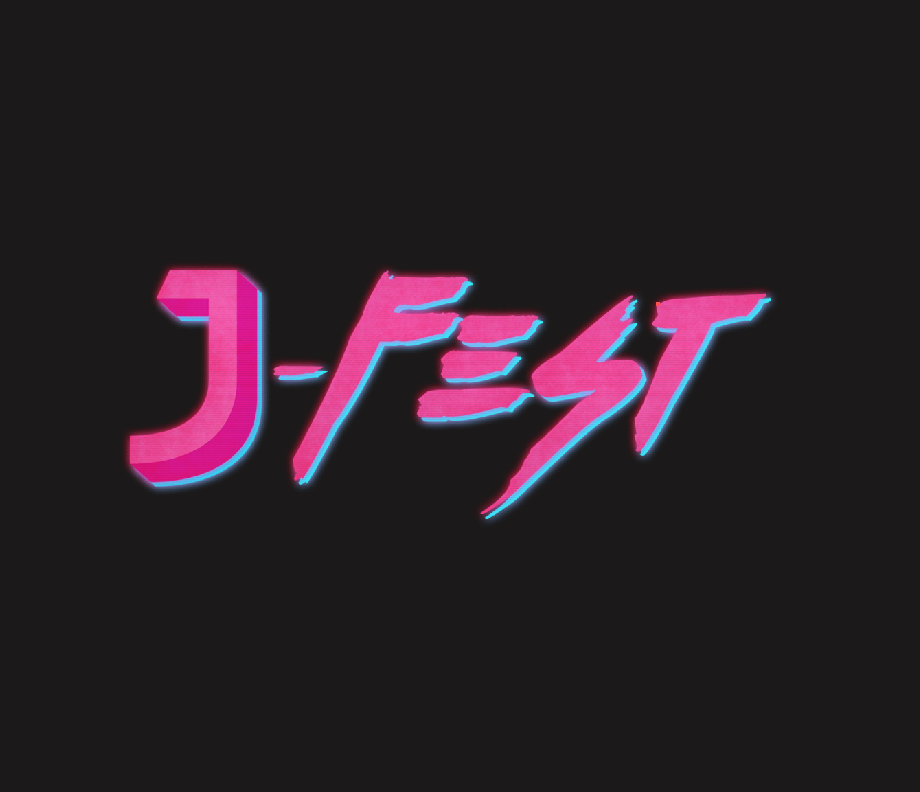 Back in February I headed up a team that organised a charity event to raise money for Clic Sargent children's cancer charity.  We dubbed the event J-Fest, to honour the memory of our friend Jo, who it was really all about, and decided it deserved a fun fancy dress theme! We are all into our 80's music and movies, so in the end we went for a 1980's prom theme, cue the fun! 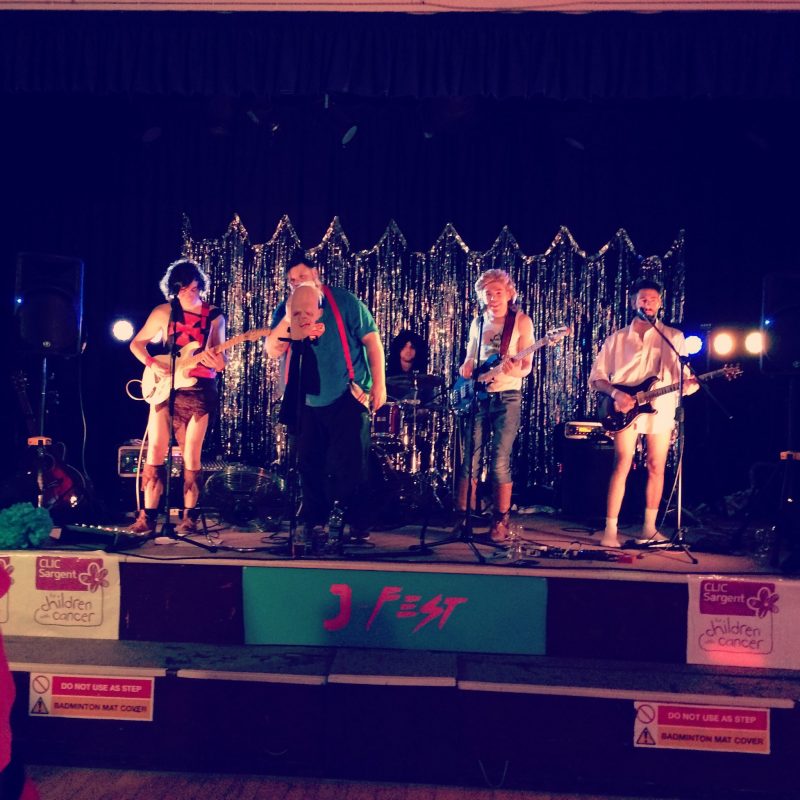 As we know, no party is complete without an awesome band, and luckily for me Chris's band Mister Kanish are pretty much the best band around! I roped them in to play right from the get go, so I was confident that we would have a great party no matter what, but there was still a lot of work to do!

If you are planning on organising an 80's themed event then you might be interesed in some other fantastic 80's themed bands we work with; 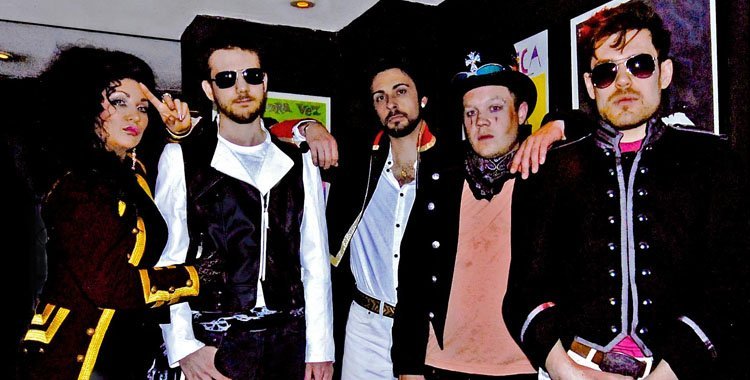 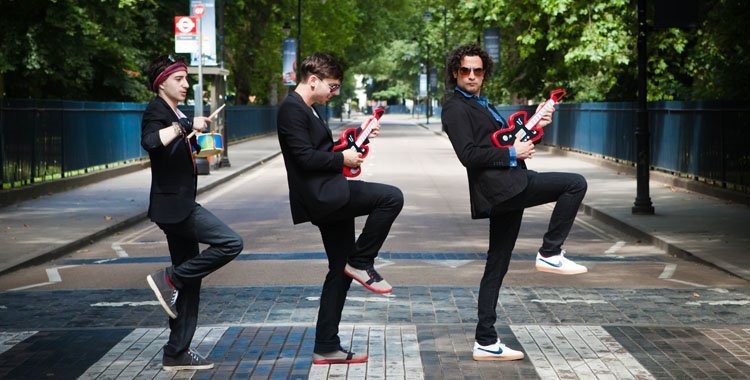 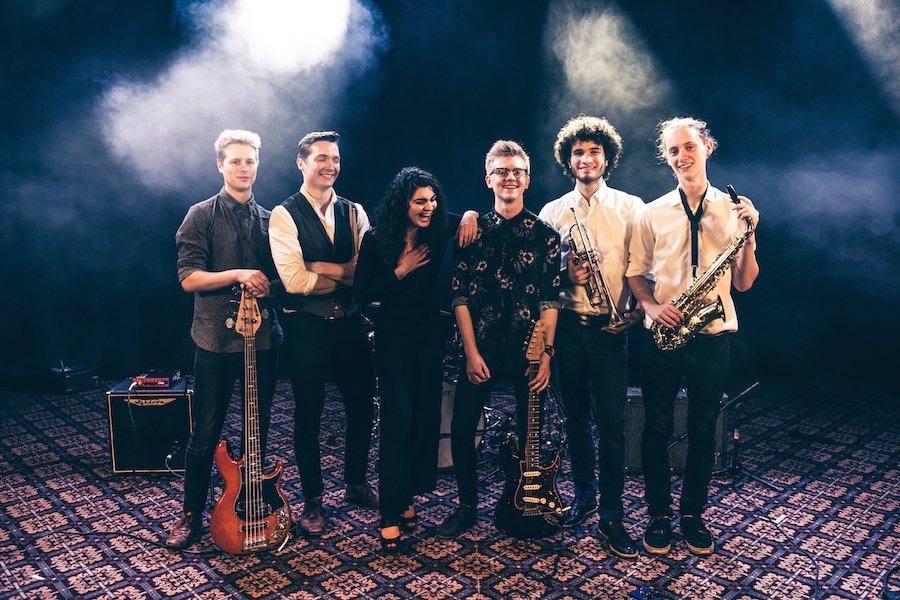 For the venue we picked a local village hall so that we knew it would be easy for most of our guests to get to. It was also a cheap option compared to lots of other venues around.  The space was perfect and it had a stage and a stocked bar, as well as a kitchen if we needed it. It should have cost us just over £200 but we actually got very lucky in the end, and someone very kindly offered to pay for the hall for us!

In keeping with the 80's theme we decided to go for a hot pink and teal colour scheme. A friend designed the J-Fest Logo for us to match! 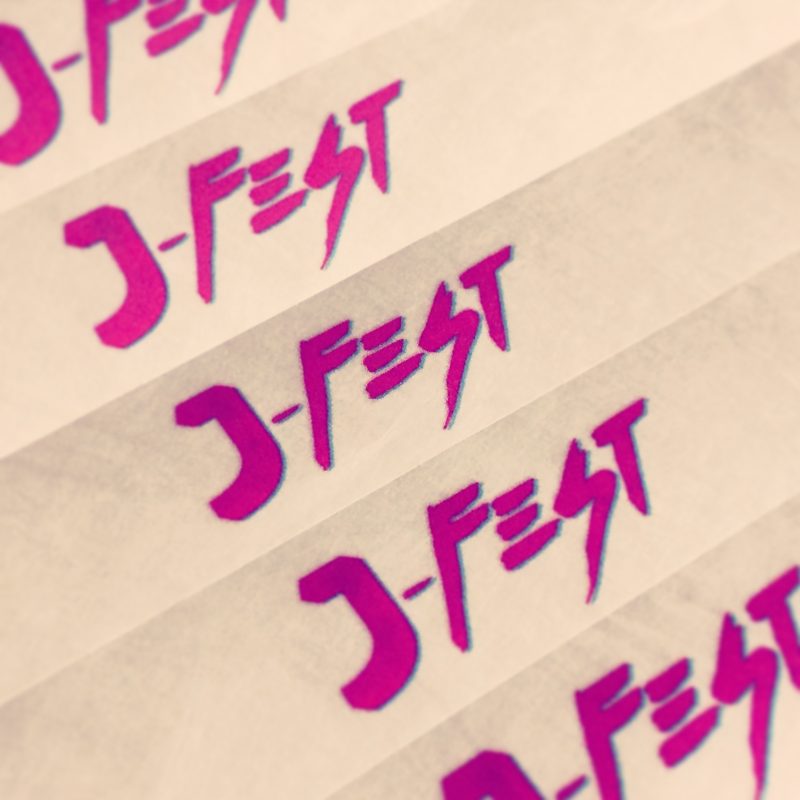 Rather than having tickets as such, we decided to create a Just Giving Page where people could donate if they wanted to come, and they would then be put on a guest list. On the night we checked them off the list when they arrived and gave them one of our special J-Fest wristbands, it was a festival after all! 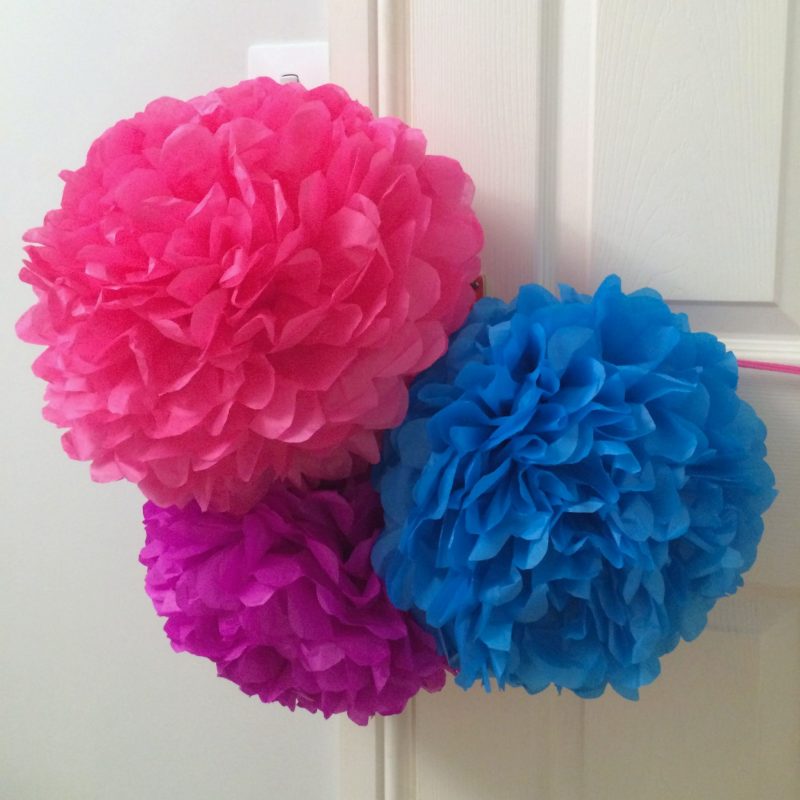 As we were on a very tight budget I had to get super crafty. I decided that brightly coloured paper pom poms were the way to go, as they can be made pretty big and would hopefully fill up our hall nicely! I used this tutorial to learn how to make them. I ordered some teal and hot pink tissue paper in bulk, and got to work along with the help of some friends. I started making these about a month in advance and was making a few every day, which turned out to be a good idea because making any more than that in one go was hard work!

We also made some giant Rubiks Cubes using old boxes, coloured card and duct tape, to go in stacks either side of the stage which really made an impact. 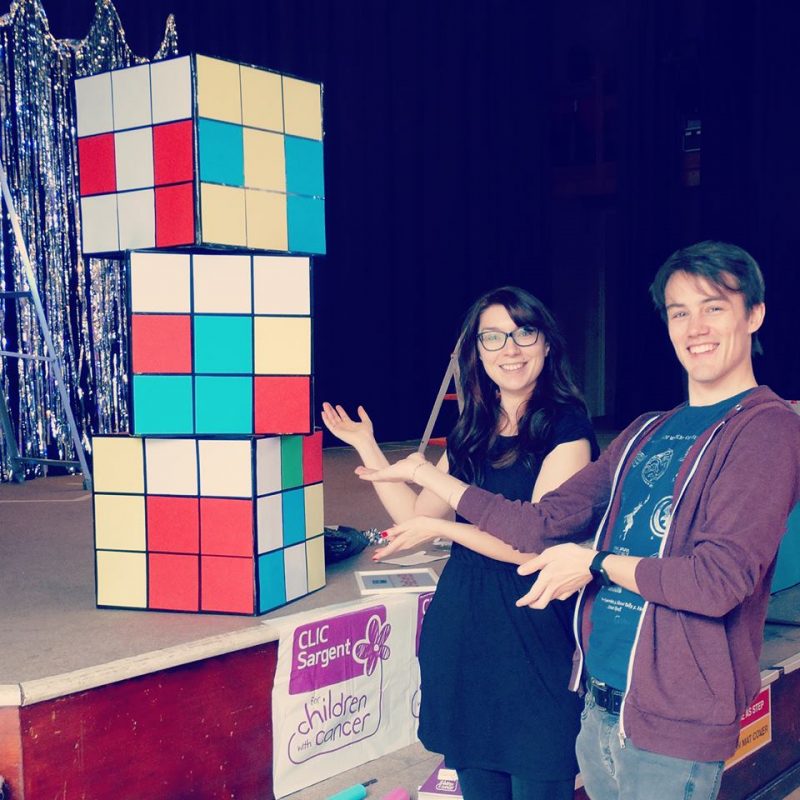 I bought 10 silver slash curtains to go behind the band on the stage, which I was really glad I bought as they looked great. You can just see them behind the Rubiks Cubes in the picture above.

We knew we would need covers for the tables, so I ordered a roll of pink and a roll of teal plastic table cloths. I bought them from Partypacks.co.uk which turned out great because they offer £20 off for charity events. I also bought some paper plates that matched to go on our cake table. 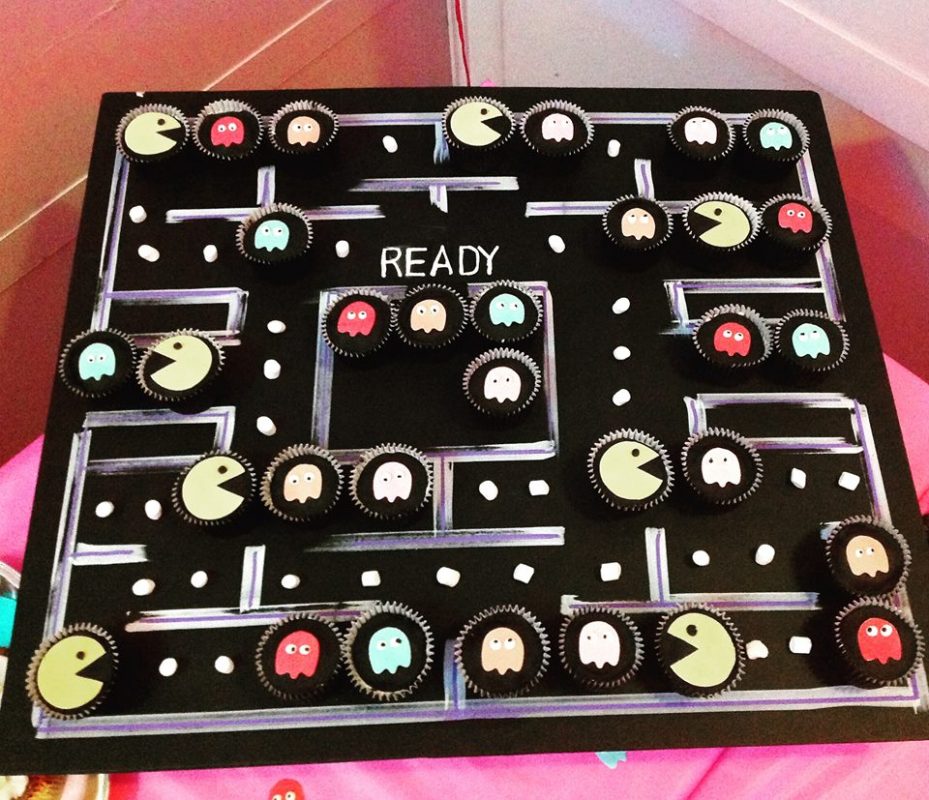 We decided not to provide any food and instead to ask our guests to bring along a sweet treat to go on our cake table. The table was overflowing by the time everyone had arrived, and some of the cakes were even themed, like these Pacman cupcakes made by my Mum. 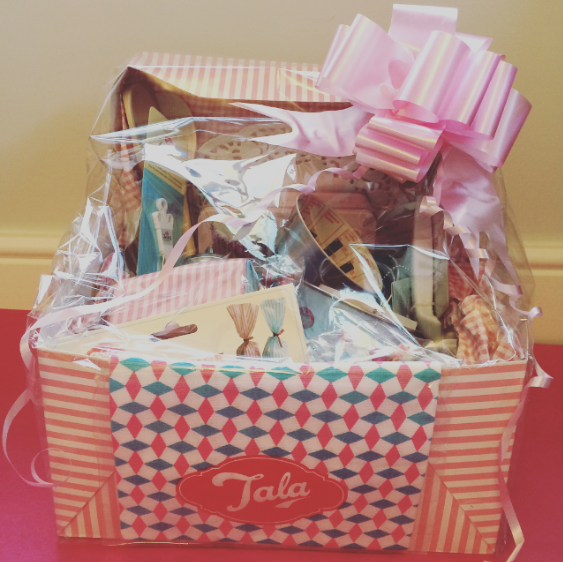 We held a raffle to try and make some extra pennies, and it went very well as we made over £500 from that alone!  I contacted LOTS of companies, it was hard work and I got a lot of rejections, but it was worth the effort in the end as we had some great prizes eventually, including the lovely hamper of Tala baking goodies shown above.  If you want to see which other companies took part you can have a look on the J-Fest Facebook group.

We told everyone that fancy dress was not mandatory, but it was highly encouraged, and the turnout was great. Most people made a real effort and we had everything from Banana Man to Hulk Hogan to Adam Ant! I decided to go as one of my favourite 80's singers, Kate Bush, you can spot me in some of the photos below. 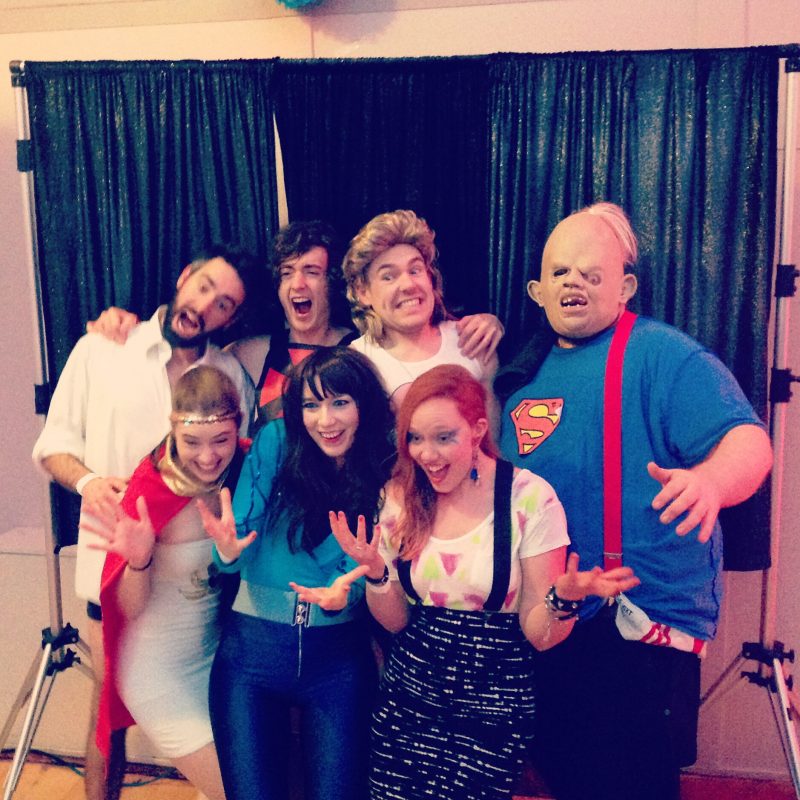 Photobooths are always a massive hit at any event, and I had desperately wanted to get one right from the start. But after a bit of research I came to the conclusion that unfortunately, as it was a charity event, we probably wouldn't be able to afford one. But, imagine my delight when only a week before the event a very local Photo Booth company followed me on twitter! It must have been fate because I quickly got in touch with Rob from funkyphotobooth.com, and although his charity budget for the year had run out, he did have a new product he needed to try out called the Selfie Station, and he offered to come and bring it by the party for a couple of hours. It was fantastic and went down really well. Everyone got to keep a copy of the photos they were in, and Rob had even designed a background on the photos that matched our colour scheme, and included our J-Fest Logo!

If you are having an event and can afford it I would definitely recommend having a Photo Booth, it was something a bit different for everyone to get involved in, and also left us with some fantastic pictures to remember the night by that we definitely wouldn't have gotten otherwise. If your event is in Hampshire, Dorset or Surrey, why not check out funkyphotobooth.com! Here are a few of the photos that they took for us; 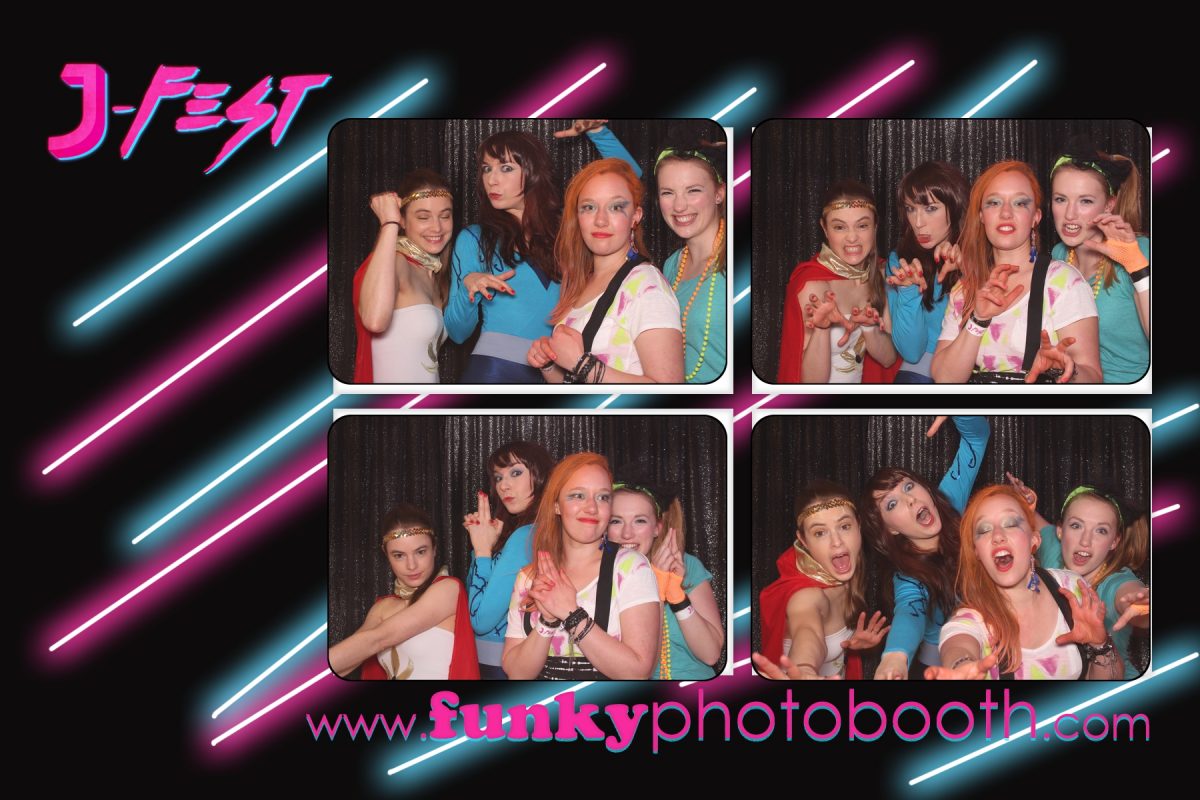 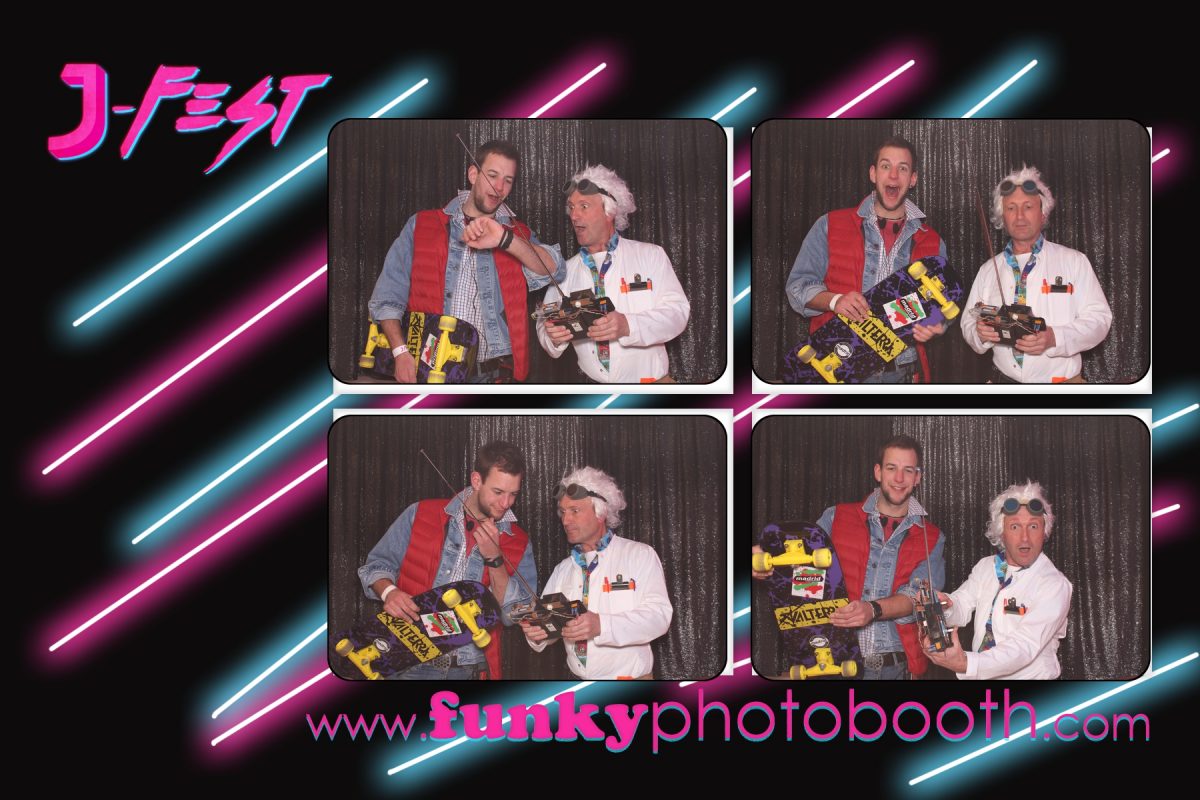 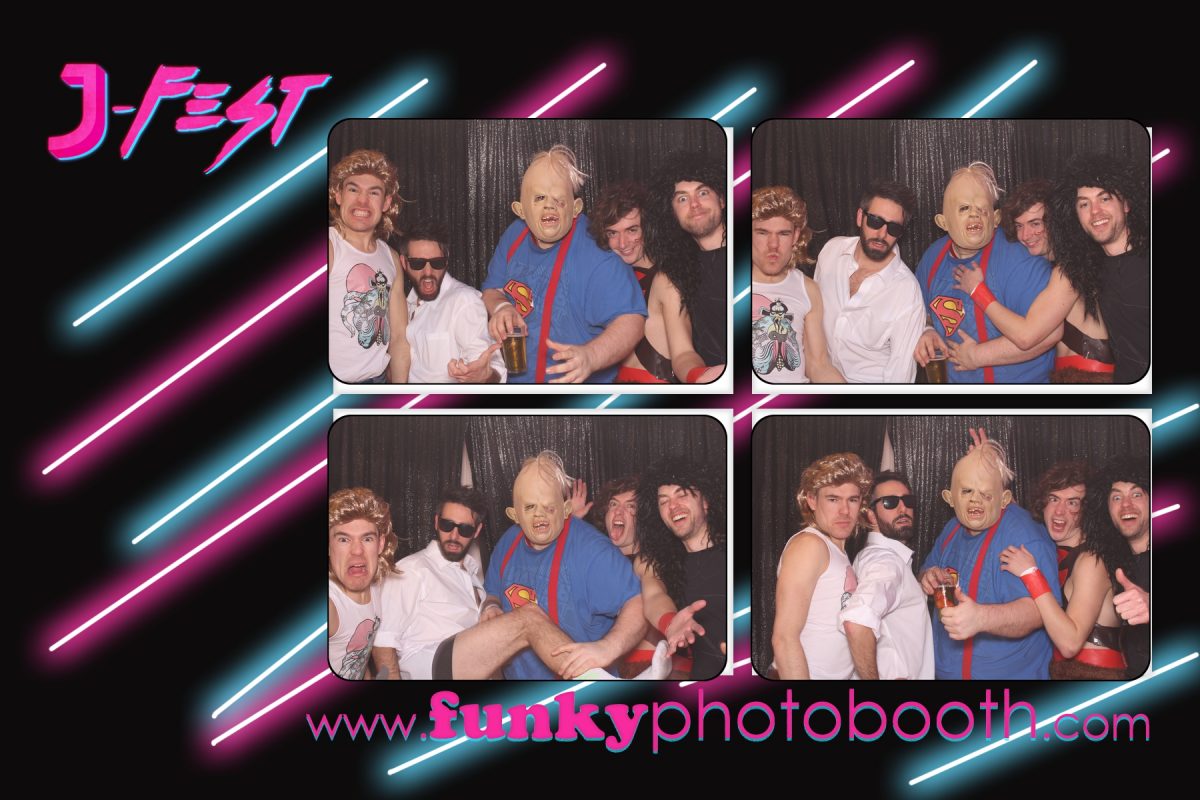 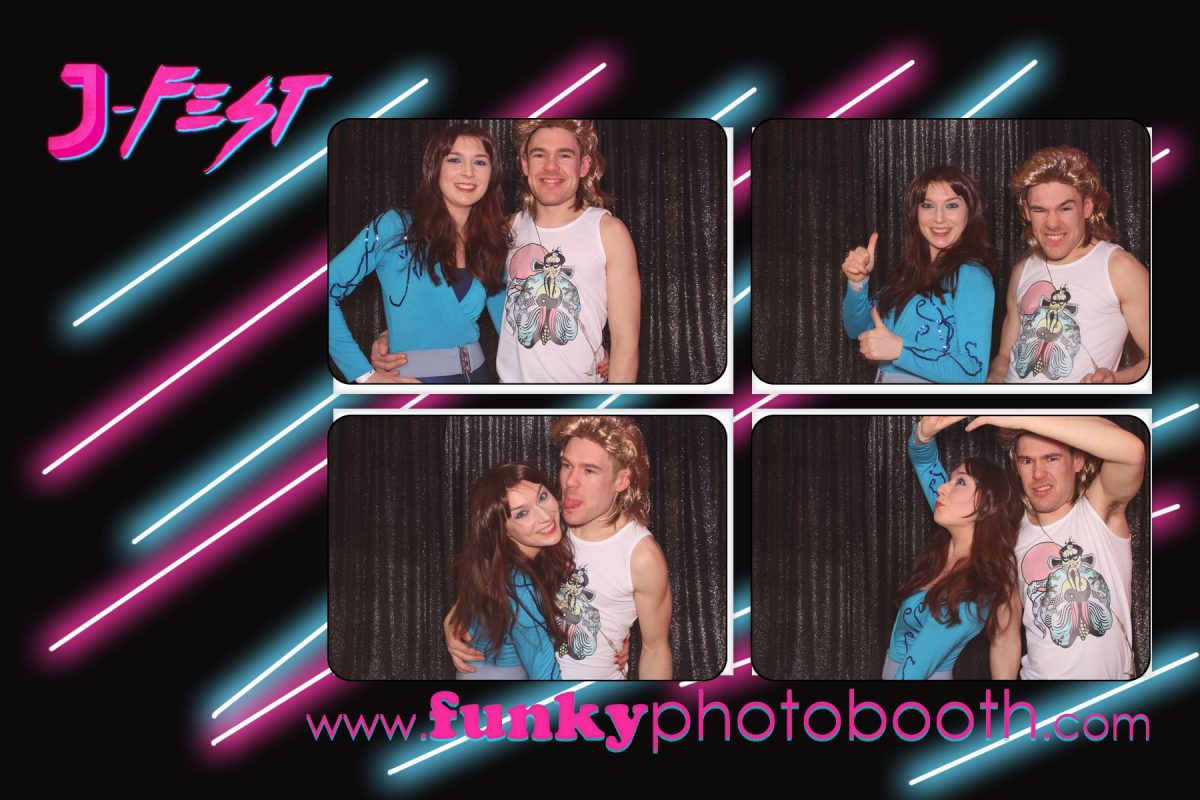 I hope you enjoyed that post and it gave you some good 80's inspiration!

Find A Band For Your 80s Party

Take Your First Step To Booking Your 80s Band

A trio of musicians based in London. Popmania offer their own rocking spin on music you'll know and love with a focus on catchy pop from now and the 80s.... 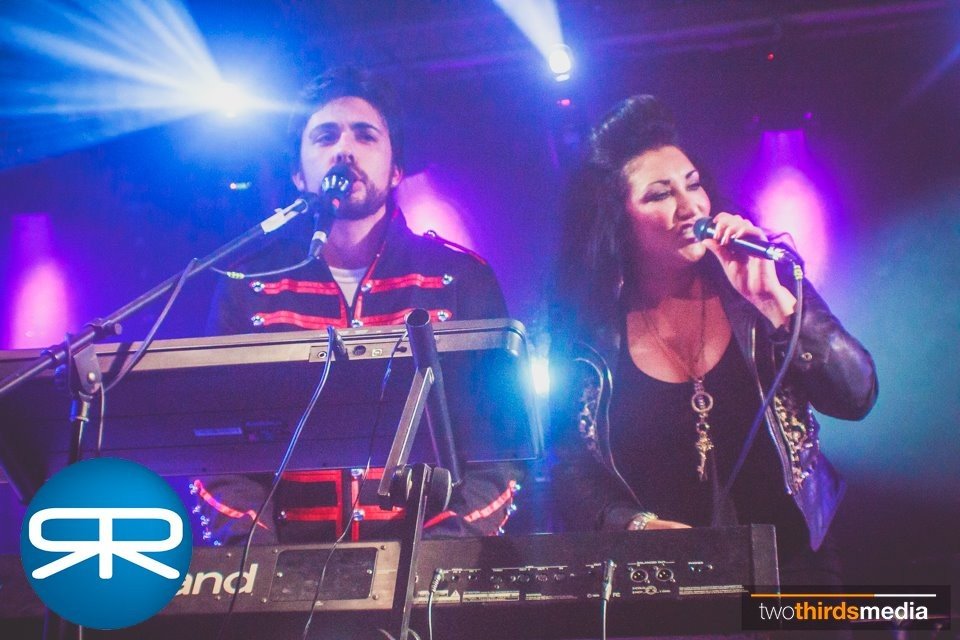 'Great Scott' are a refreshingly new 80's tribute band. They don't over do the cheesiness of the 80's but revel in the cool of a fantastic era....

80's party band from Essex. The Boys of Summer play an awesome mix of 80's classics perfect for any event!...