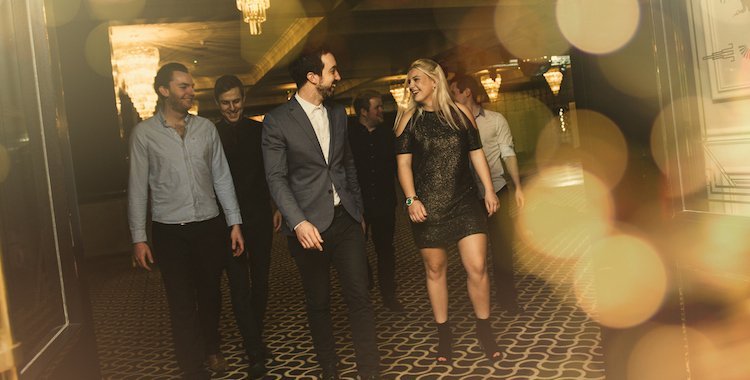 M-Tones are one of Hampshire's best cover bands. They are based in the south east of the UK but are able to travel all over. They pride themselves in being a perfect band for weddings, parties and other events. With a vast repertoire of classic and contemporary material & the option to have both male and female lead vocals this Hampshire based covers band are extremely versatile. They are able to tailor a show to your individual tastes. The set is tight, slick, full of energy & never fails to pack the dance floor!

The band have a 100% positive feedback record and have never had a bad review. They are favourites amongst armed forces parties and balls. Recently, they were asked to perform at the Harrier Jet Decommissioning Ball. This was a prestigious event for over 1300 guests. M-Tones also have a large number of regular corporate and event bookers, which is testament to the bands very high quality. The band have played at a vast array of weddings and events in Hampshire, at venues such as Portsmouth & Southampton Guildhalls, De Vere New Place & Grand Harbour, Ramster, Hilton Portsmouth, HMS Warrior, Solent Hotel Whiteley, Lysses Hotel Fareha, Alverbank Hotel Gosport, Spinnaker Tower Portsmouth & many many more! If you are planning on having a covers band at your party or wedding then look no further. M-Tones will be able to entertain you and your guests from the first song to the last.

The M-Tones were completely brilliant. Booking the band couldn’t have been easier and they were very accommodating in our set list requests and timings, including letting the groom surprise everyone by singing a song with the band. Each member of the band was stand-out, from the drummer to the lead singer. This was not lost on our guests who have been raving about them ever since. We’ve been to a lot of weddings in the last few years and the M-Tones were one of the very best bands we’ve heard. They had everyone on the dancefloor from the first song till the end of the night. We couldn’t recommend them enough. - Catherine - Wedding, De Vere New Place, Hampshire

For me the M-Tones were great. Everything I hoped and wished for. Wow! What can I say about how wonderful the band were and how they made my party truly memorable, not just for me but everybody that was there. Having the right entertainment to ensure the party ‘goes with a bang’ is critical and I think it’s fair to say we picked the right band and some!!!!! From the gentle acoustic set, to the ‘let’s get them up and dancing’ set it was all one big resounding success 🙂 The selection of music played from start to finish was perfect and ensured everybody stayed on the dance floor, which is exactly what I wanted. So many of my friends have commented on how wonderful the band were, so not only will they be firmly etched in my memory for years to come, they will also be etched in the memories of many of my friends. I also know that many of my friends on the night thanked the band and told them how great they were, which I’m really pleased about as they richly deserved the praise. Thank you again for creating such a brilliant atmosphere and helping to make my party so memorable for so many From my perspective I would also like to thank you for your help and support in arranging this. It has all gone very smoothly and helped make the planning for this event a lot less stressful than it could have been. Very Best Regards, Tracie & Craig Butt - Birthday Party at a Private Address

The M-Tones were by far one of the best covers band we have ever seen. Their performance at our wedding was second to none, many of our friends have mentioned to us since the wedding just how amazing the band were and we absolutely agree. The set list and timings worked amazingly well and we're not sure that they would have left the building alive if they hadn't played one more song like they did at the end of the night. It was great to see that the dance floor was never empty. From a personal perspective, how the band fitted with our overall plans and theme for the wedding was seamless. Their set up was very professional and (if we hadn't been to the bar as they were setting up) independent from us - which was exactly what we needed on our big day. They way that the band learnt and then performed our slightly obscure first dance was amazing. Sam and I were blown away by the performance (bearing in mind we have both seen the original artist perform this song a number of times!). Again, Sam and I cannot fault the set list, the pace and the fact that everyone was up and dancing on every song that was played was awesome. They are incredibly talented. We just wish we could re-live it again and again. We cannot thank the band enough! - Ian & Sam Mayhew - Wedding, Sopley Mill, Hampshire

- I Wanna Dance With Somebody