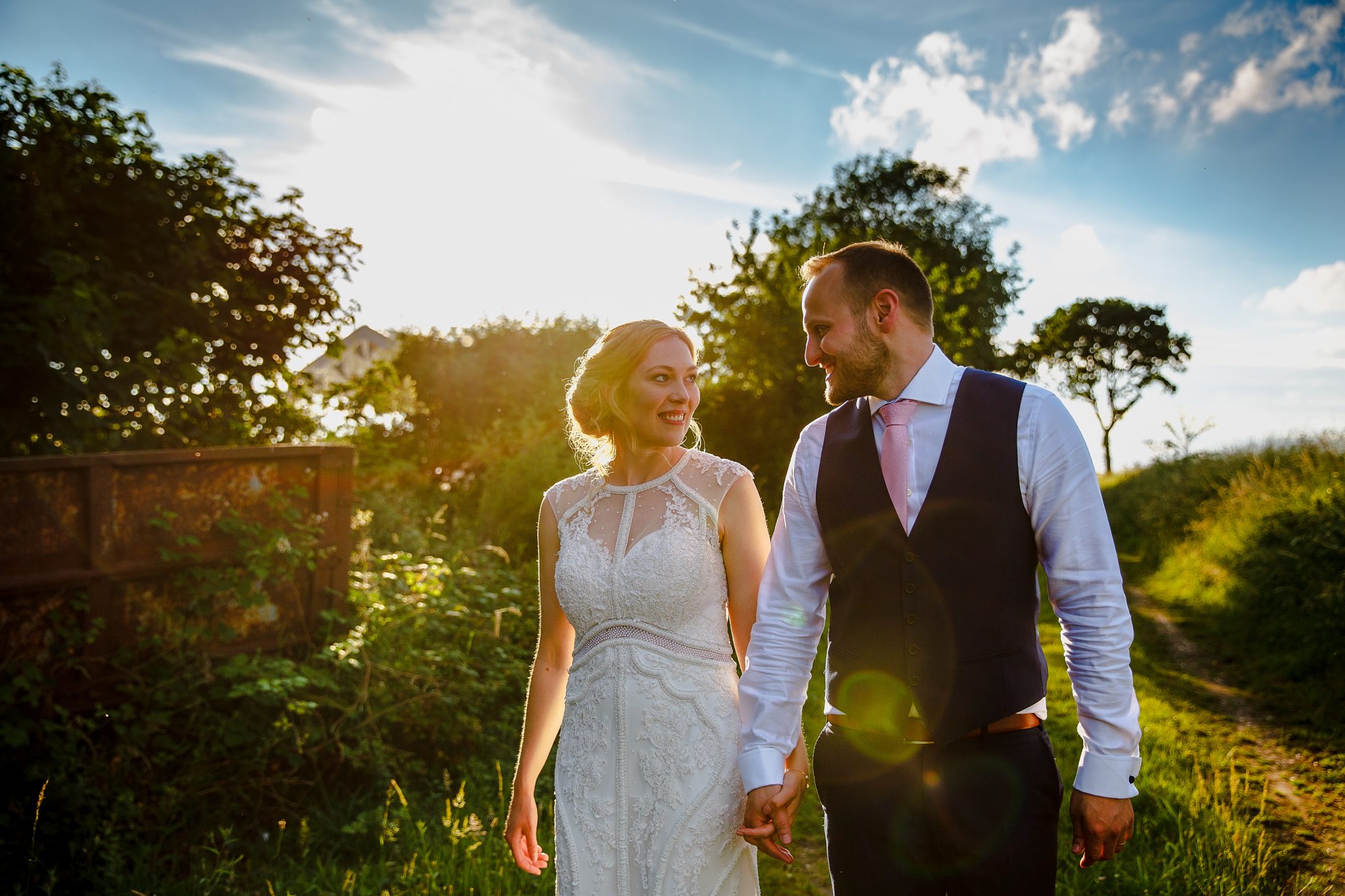 Today we're featuring the lovely wedding of Georgina and Xand! Georgina was kind enough to answer some questions about their big day for us!

Xand is a graphic designer and I'm a community nurse, we met at school and had known each other for 10 years before we became a couple.

Xand had the idea of proposing on the north Norfolk coast as we were spending the day out for an anniversary, we had gone on a seal trip and were going to have a picnic, but typical British summer it started pouring with rain, and we had to go home as we got caught in it.  We ended up having a picnic indoors and he proposed then. 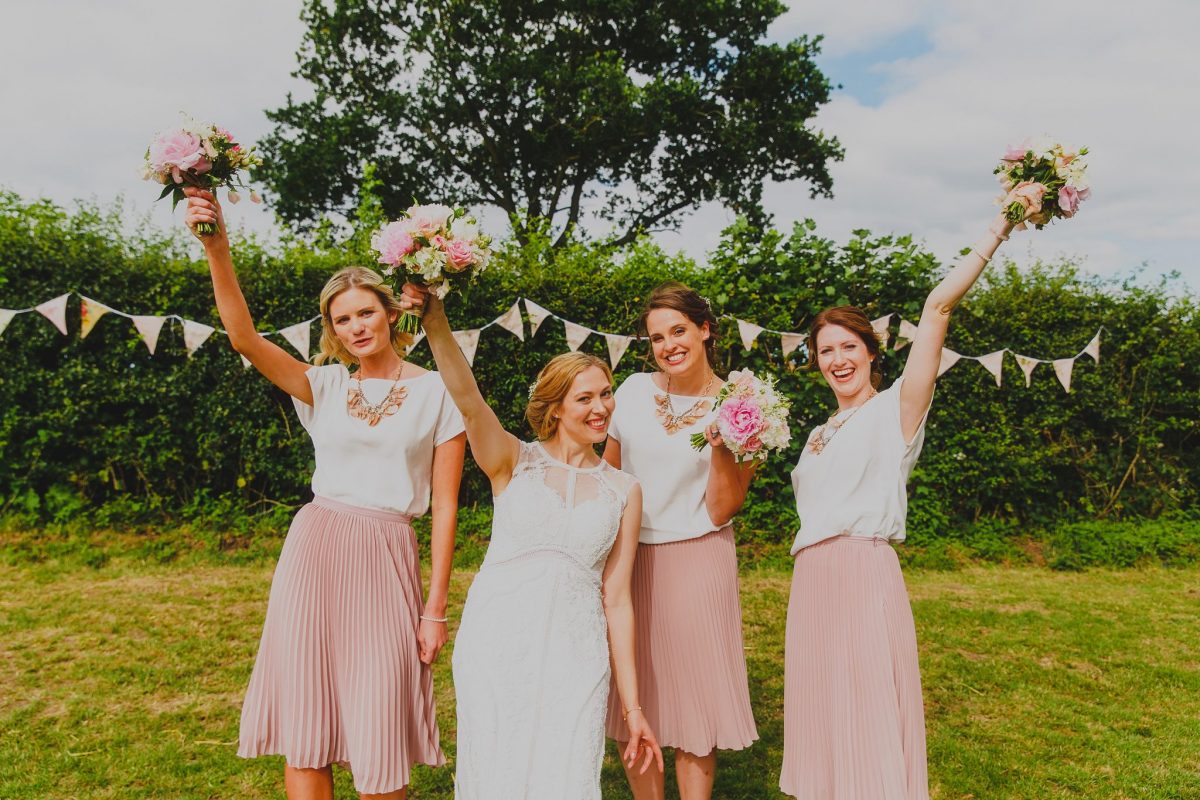 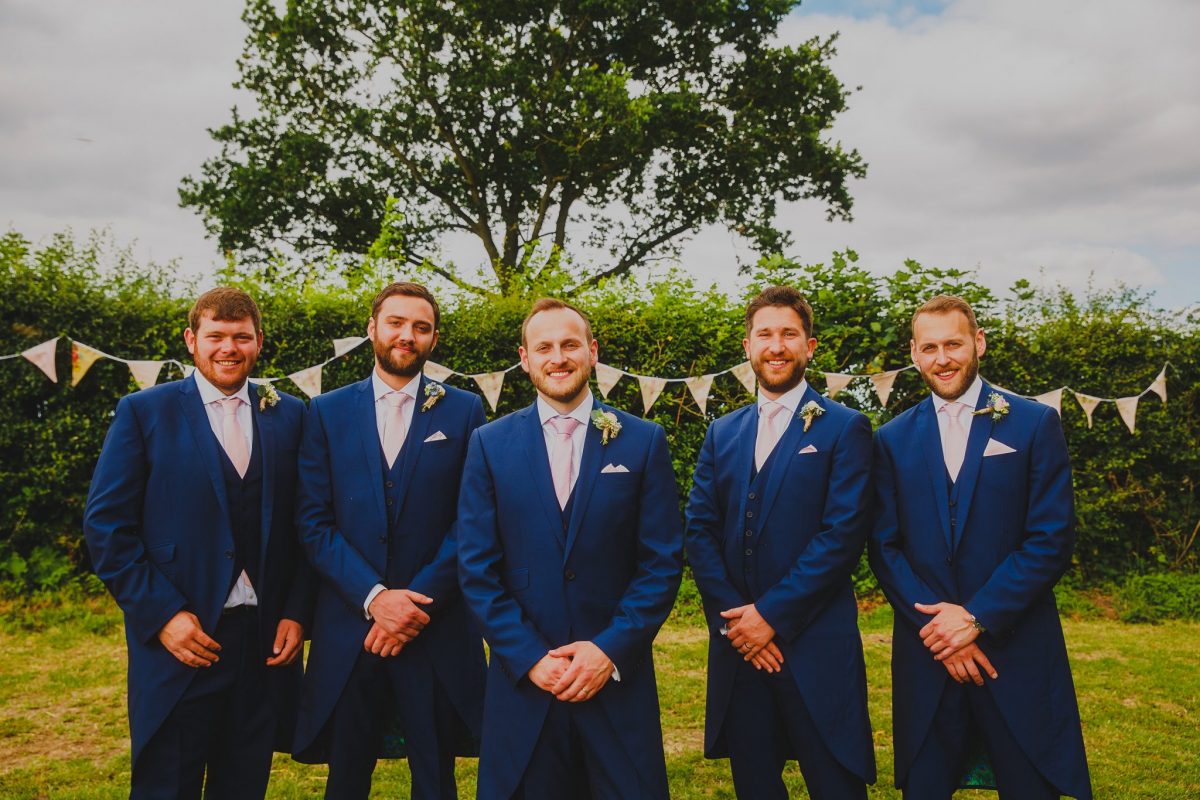 For Xand it was the band, for me I had always wanted to have a wedding reception at my family's farm. 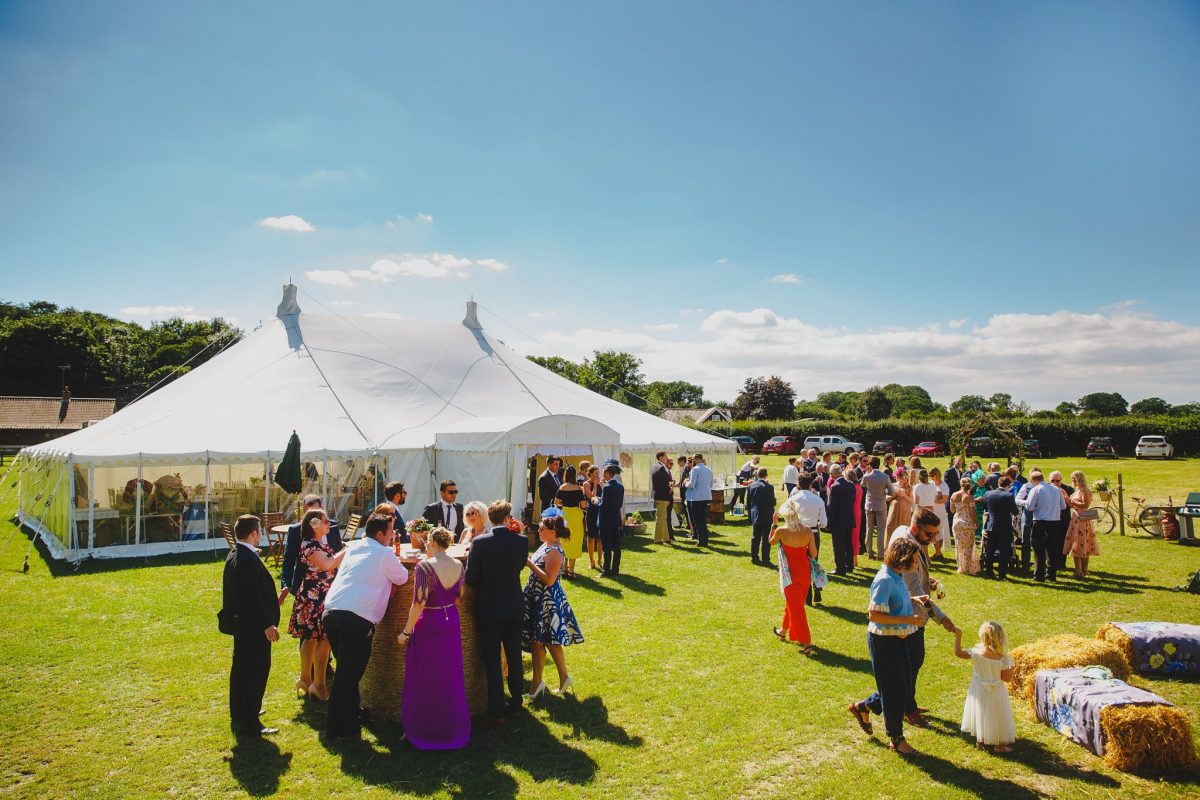 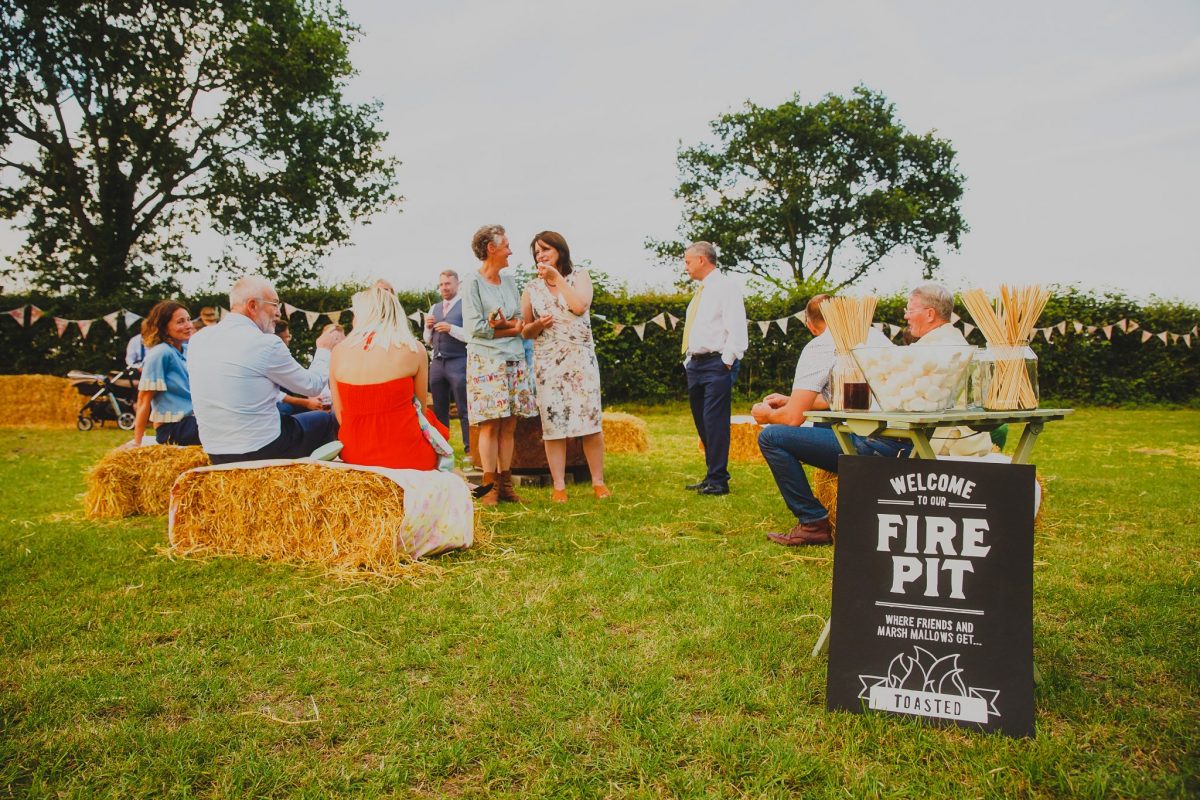 We found our photographer, Rob, online. I saw on his website that he was the photographer for a friend's sister in law's wedding and she had written a lovely comment, then spoke to him and he was so friendly and chatty. We couldn't have chosen anyone better to help us feel at ease.
We chose 'Back to your place' as our catering company - I used to work for a restaurant when I was at college and uni, the company expanded to have an outside catering company and I used to work with Pat who runs it, as well as most of them who worked at our wedding, which made it an easy choice.  Our cake was made by Heidi-licious cupcakes - I work with Heidi now, she makes cakes part time. I'd been talking to her about 'my wedding cake' long before we got engaged so was another easy choice.
My maid of honour is a florist, though stopped for the time being since she's had twins, so she did the bridal party flowers, my grandma is a keen florist too and the church warden do she was in charge of the church flowers. The rest like the jam jars and other decorations my friends and I did under the watchful guidance of Isobel and grandma. 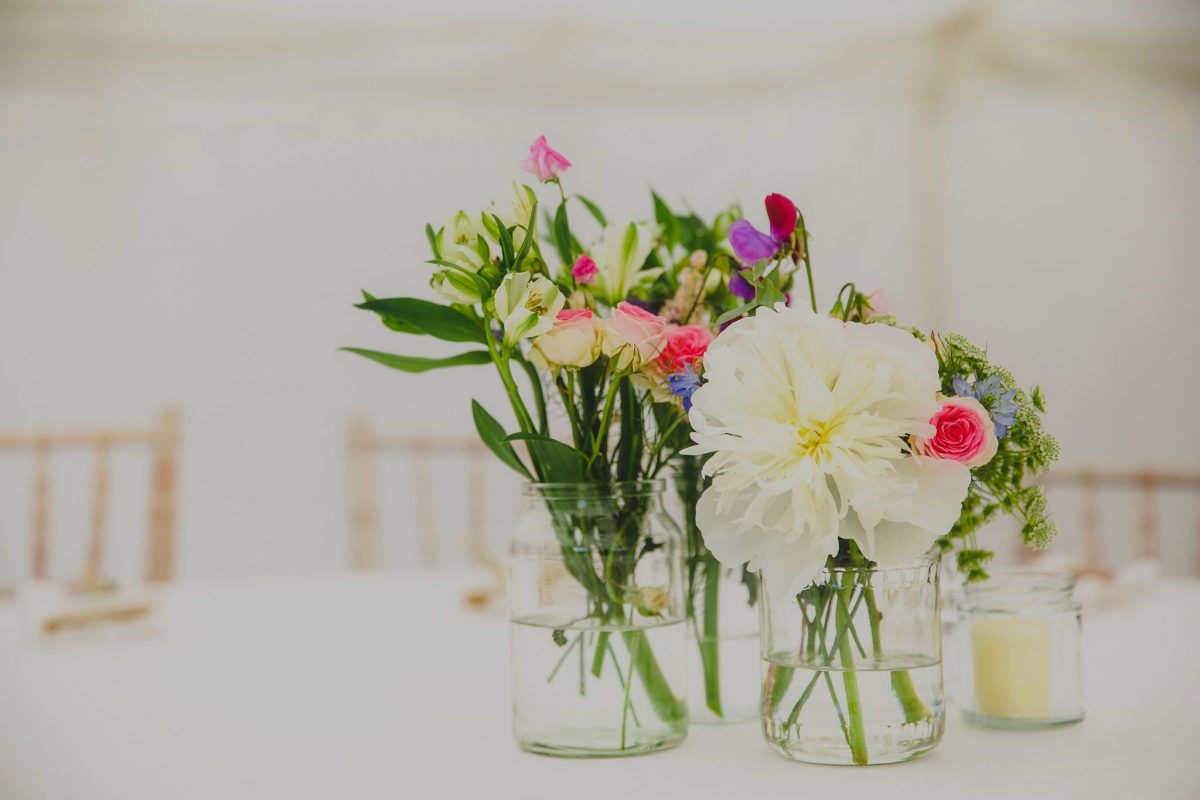 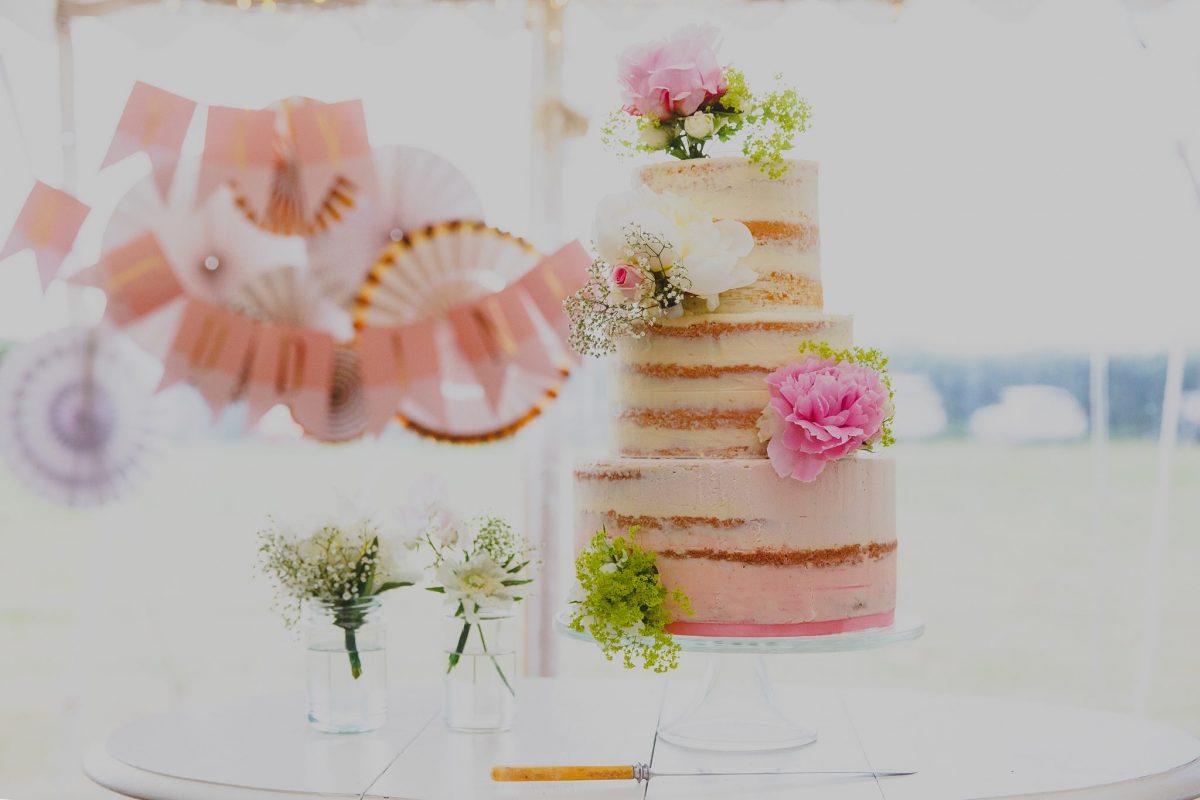 We tried to do a lot of things ourself regarding decorations, we made bunting, Xand designed our wedding invites and church service books, collected a lot of jars for decorations and to have pinks in, and picked companies/people we knew

What made you choose The Skip Jacks as your wedding band? Can you tell us a bit about them?

We actually hadn't heard of The Skip Jacks. Xands sister had a band called Mister Kanish at their wedding and we loved their style, we were not able to have them so they introduced us to The Skip Jacks who had just started that summer. We loved The Skip jacks style and sound over all other bands we had heard. Xand wanted an awesome band and we definitely got that 😀 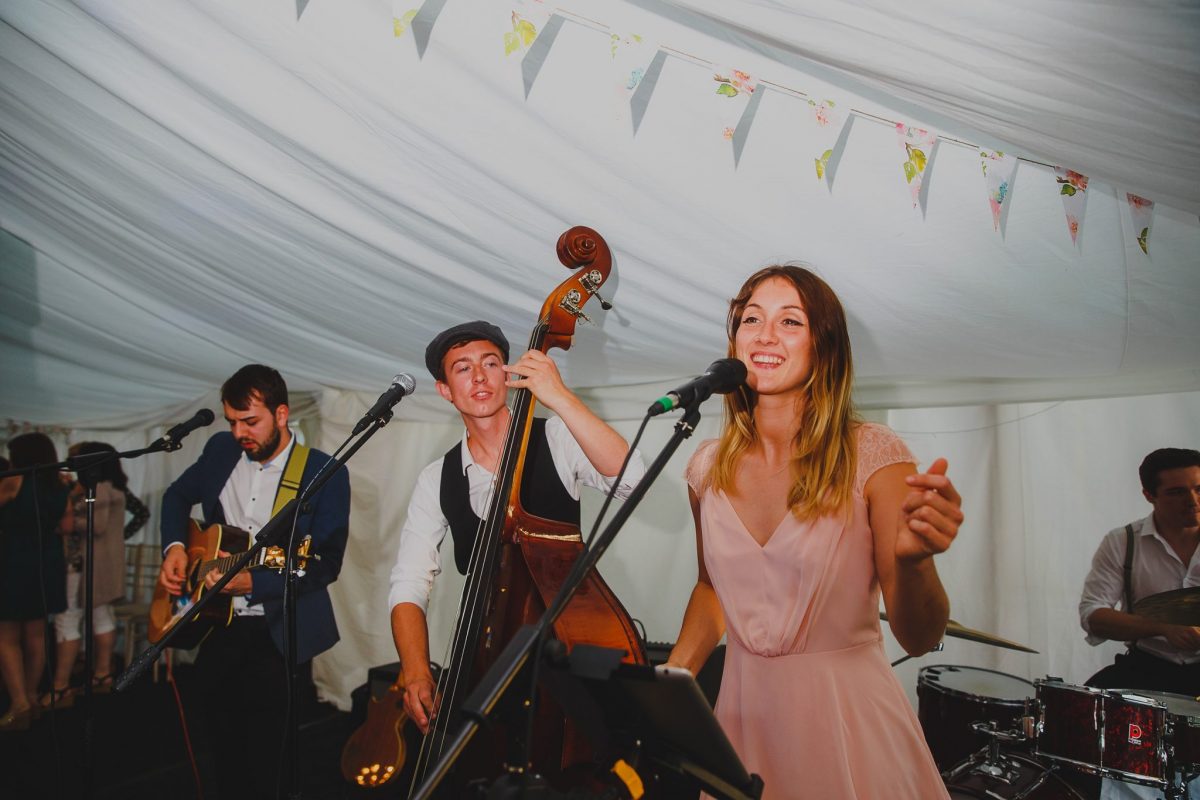 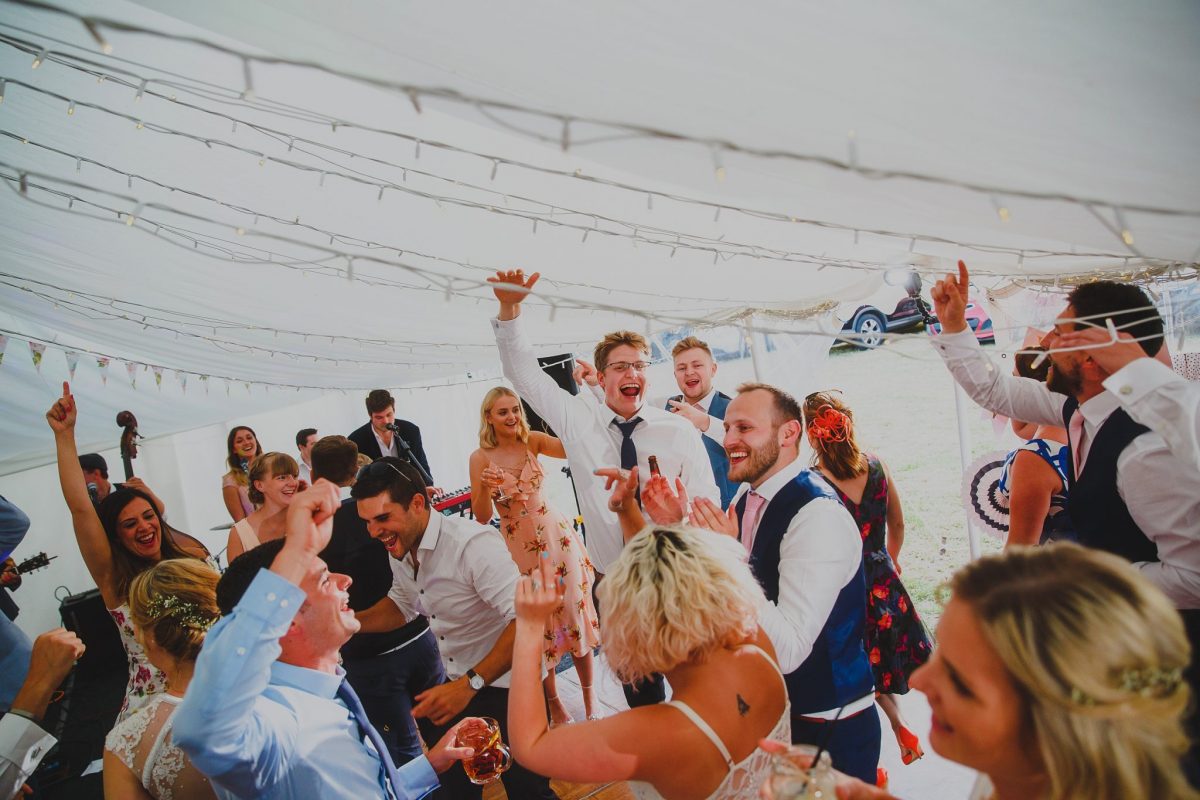 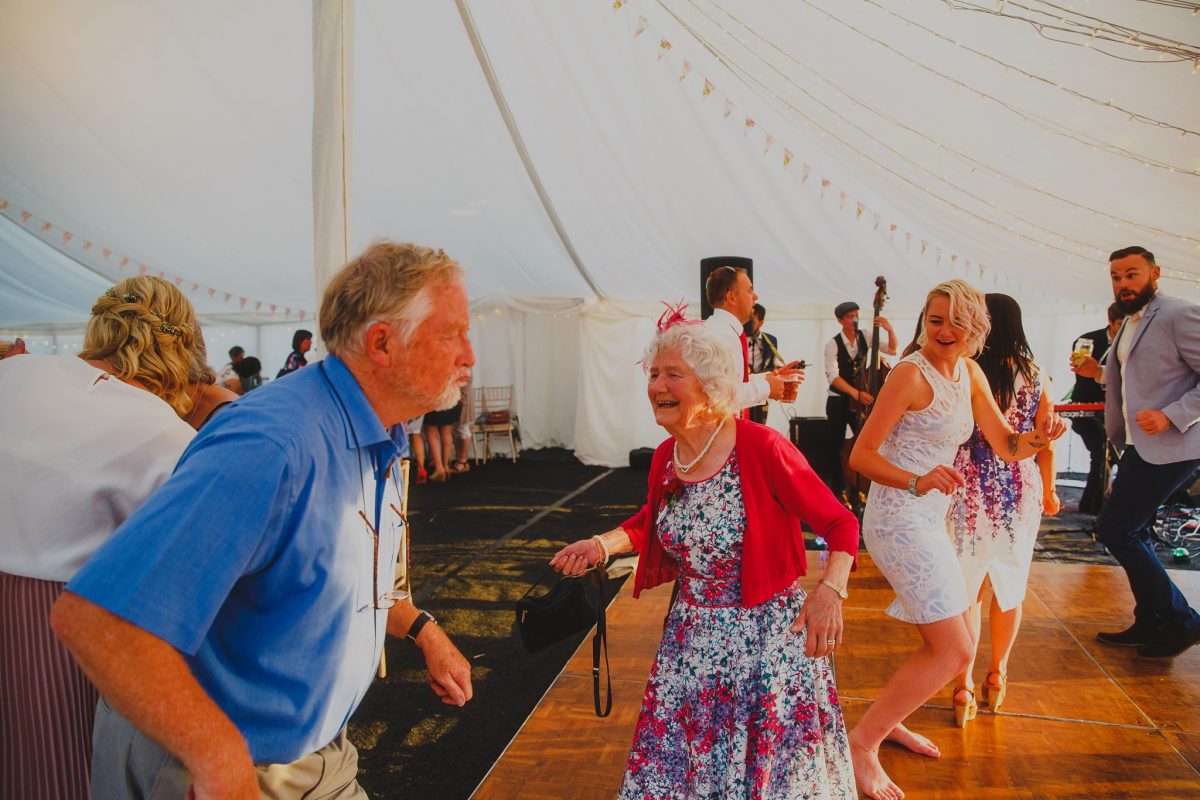 Our first dance was 'Fascinating New Thing' by The Semisonics.  We thought we'd go for a song that meant something to us rather than the traditional slow song. Xand and I have different taste in music, I'm a bit cheesy and he's not! The first song we found out we both liked was a Motown song which we thought we were going to have, however it is a break up song so we thought we'd go for our next favourite as it's more upbeat.

Don't make your own selfie station background and free bars are dangerous.

Caterers: Back to your place caterers

Bridesmaid Outfits - Tops from John Lewis and skirts from ASOS