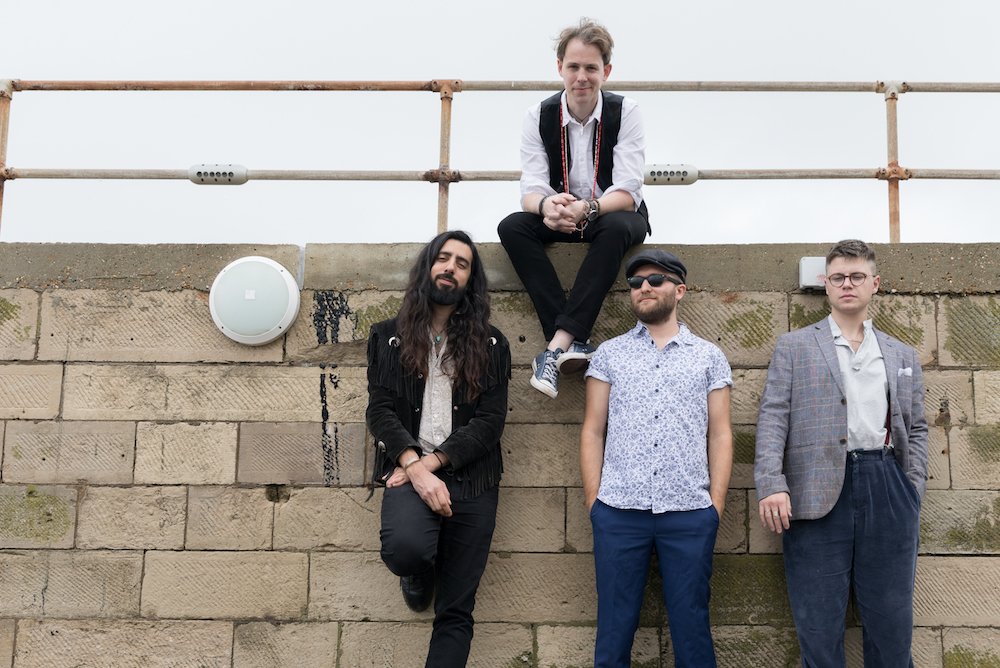 This awesome London based party band are one of the latest additions to The Band Boutique's exclusive roster of bands. They play their own up beat, high energy arrangements of pop, rock, indie, and funk with their unique line-up including guitar, violin, harmony vocals, keys, bass, and drums. And as they are only a quartet they can offer this within an affordable package!

Legend has it they met around a campfire in the English countryside and shared songs, ale, and stories. After years playing together in some of the most established wedding and corporate function bands in the country, they decided it was time to join forces to bring you the ultimate party! Expect a huge repertoire of hits spanning across 5 decades, and their signature 4 part vocal harmonies.

Their seamless blend of styles includes foot-stomping Folk, Funk and Disco jams, Pop hits, Club bangers, Indie anthems, and Rock Classics, as well as blue-eyed Soul, Country, and Jazz, taking you on an exciting journey like you haven’t seen before.

Led by their incredibly talented frontman Aidan, expect everything from raucous sing-alongs to epic guitar solos, and endless groove to keep everyone on the dance floor, with custom arrangements and medleys that bring a unique flavour to the band and will always keep you on your toes.

The Vagabonds have spent many years working as session musicians, arrangers and producers, touring in Europe, North and South America and Japan, as well as gracing the stages of some of the biggest festivals in the world like Glastonbury and Hyde Park Summer Time, legendary venues like the Royal Albert Hall and Ronnie Scott’s as well as radio and TV appearances, and advert commissions for brands like Nike and Amazon. They are also proudly endorsed by a number of different music brands.

They worked with artists like Phil Manzanera (David Gilmour, Pink Floyd), Roxy Music and Band of Skulls, shared the stage with musicians like Chad Smith (Red Hot Chilli Peppers) and worked with top producers like Danny Allin ( James Bay, Jamie Callum), Sean Genockey (The Who) and Grammy award winners Luis Resto ( Eminem) and Liam Watson ( The White Stripes), as well as recording at some of the top facilities in the world such as Abbey Road, Metropolis Studios, British Grove or 54 Sound in Detroit.

Their backgrounds and expertise are incredibly wide ranging, with all of them being band leaders and multi instrumentalists in their own right, having led orchestras and bands all throughout the globe, both in concert halls and sweaty late night jam sessions. From traditional English Folk to Avant-Garde Jazz, Classical, Punk and Funk, their shared influences are diverse, and their mission statement simple: To entertain!

Now they bring all of their combined experience to your event, making sure it’ll be a night to remember for everyone.

Their long and varied repertoire ensure something for everyone and includes anthems by Kings of Leon and Avicii, club bangers by Lizzo and Britney Spears, and Rock and Soul Classics by Stevie Wonder, T- Rex, and many, many more.

The guys are based in and around London and so are perfectly situated for weddings and parties in Kent, Surrey, Oxford, and Essex.

We are overwhelmed at how amazing the ramblers were! They surpassed any expectation and made our wedding such a memorable day! Everyone who came agreed and we cannot wait to have them back at our next party!!!!! - Wedding - 10th July 2021