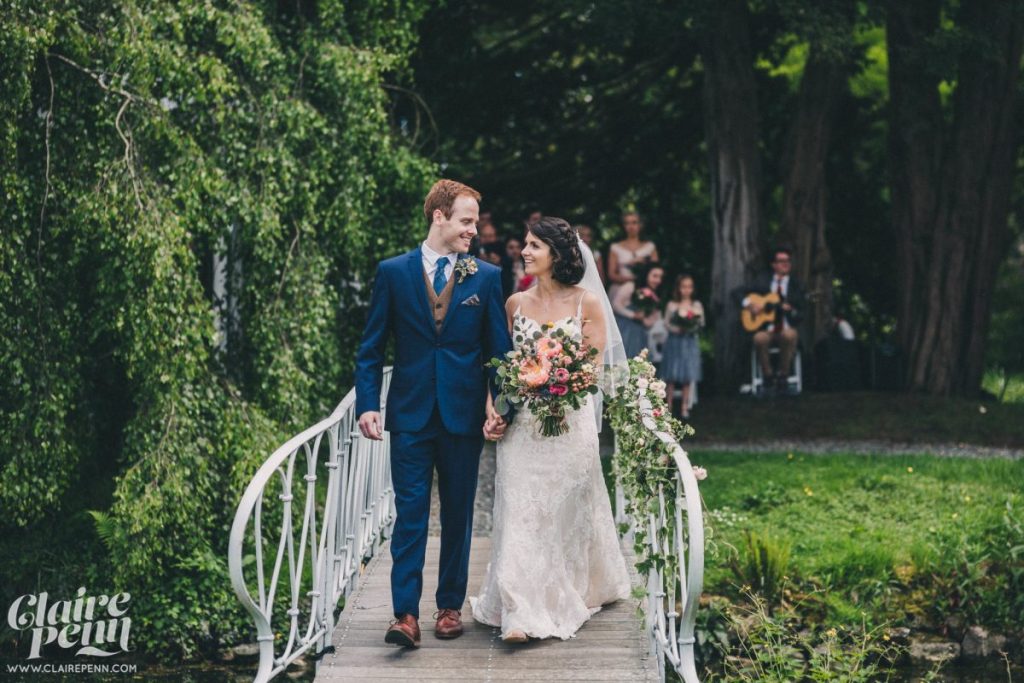 We live in London, met at work and have been together nearly six years. We worked together at a market research agency where Ross still works but I've just finished a Masters in Creative Writing so trying to write everyday and I work in property management too. A year ago we got a black Labrador called Halle who is lovely but naughty! 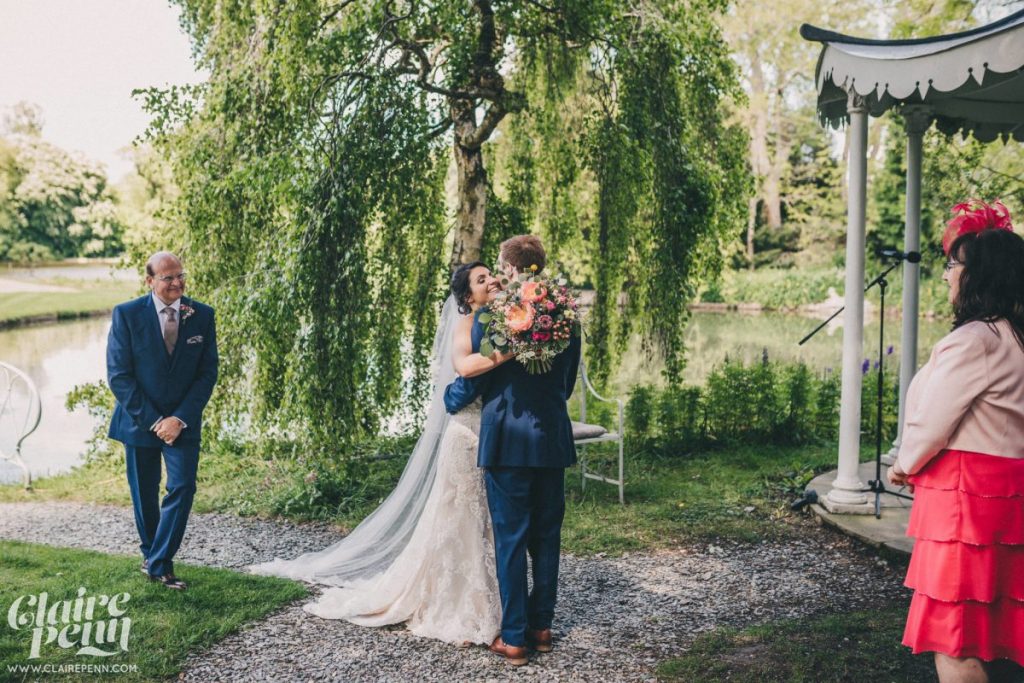 Ross had big ideas for a night out in London and when I got back from work he sent me into the bedroom to change into a nice outfit he'd laid out for me. Unfortunately I was really ill and tired so I curled up in bed instead and he found me there snoozing with my sleeping mask on. He managed to drag me out of bed and into the lounge which he'd decorated with photos of us and he'd made my favourite foods and strawberry daiquiris and then finally got round to proposing. He was very nervous!

Our guests were our top priority and we wanted to make sure everyone had fun and was comfortable. We wanted to feel relaxed on the day so finding a venue that made us feel calm was important and we love our food so we also put a lot of thought into that. We also wanted to make sure we were doing things because we wanted to and not just because tradition dictated. 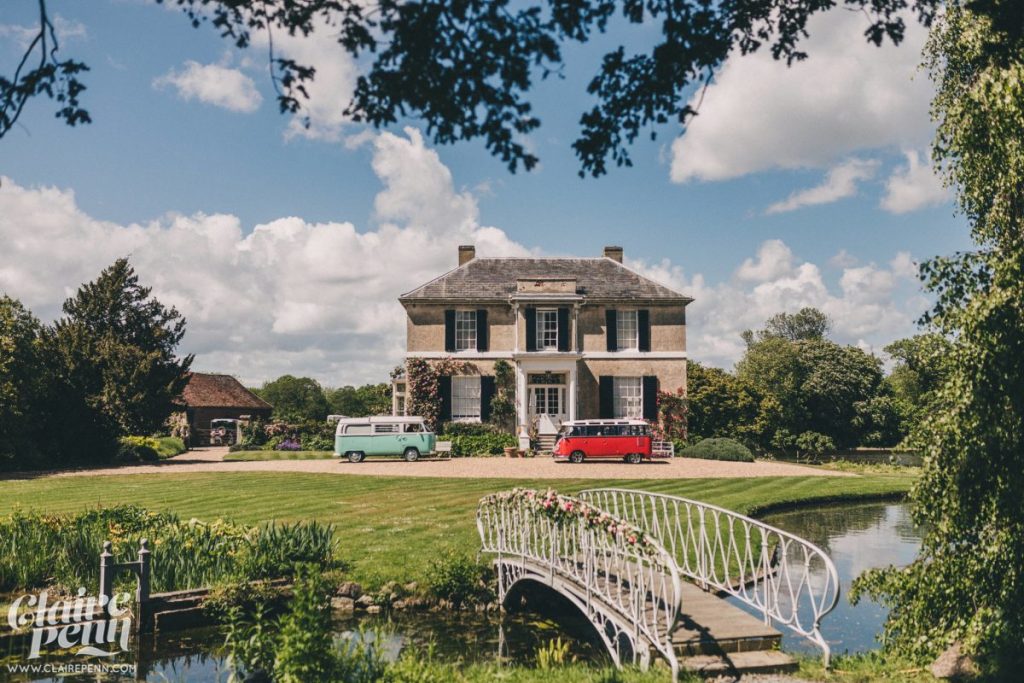 We picked Preston Court in Kent because it had a very special feel to it. The gardens are beautiful and it has a vintage touch which we both loved. 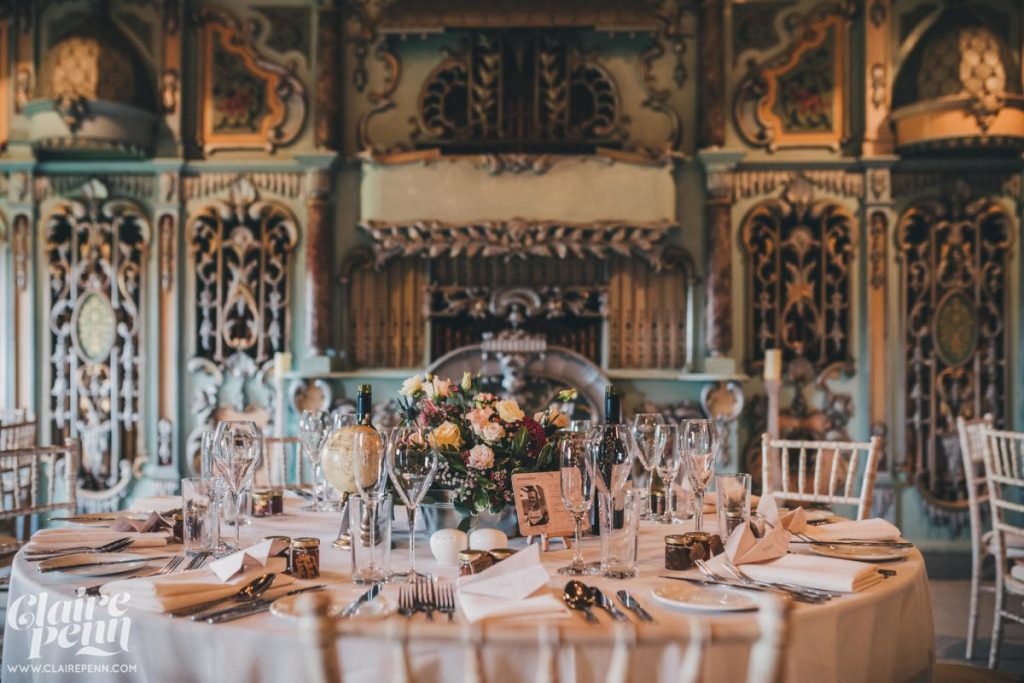 Our suppliers were a mix of ones we found online and ones off the supplier list at Preston Court. We definitely wanted more local ones that had worked at Preston Court before. We contacted ones based on their past work but then reliability was a major factor in booking them - we went for the ones that replied quickly! We picked our caterers, Scott Anderson after a few tastings of different caterers and were blown away by the food. 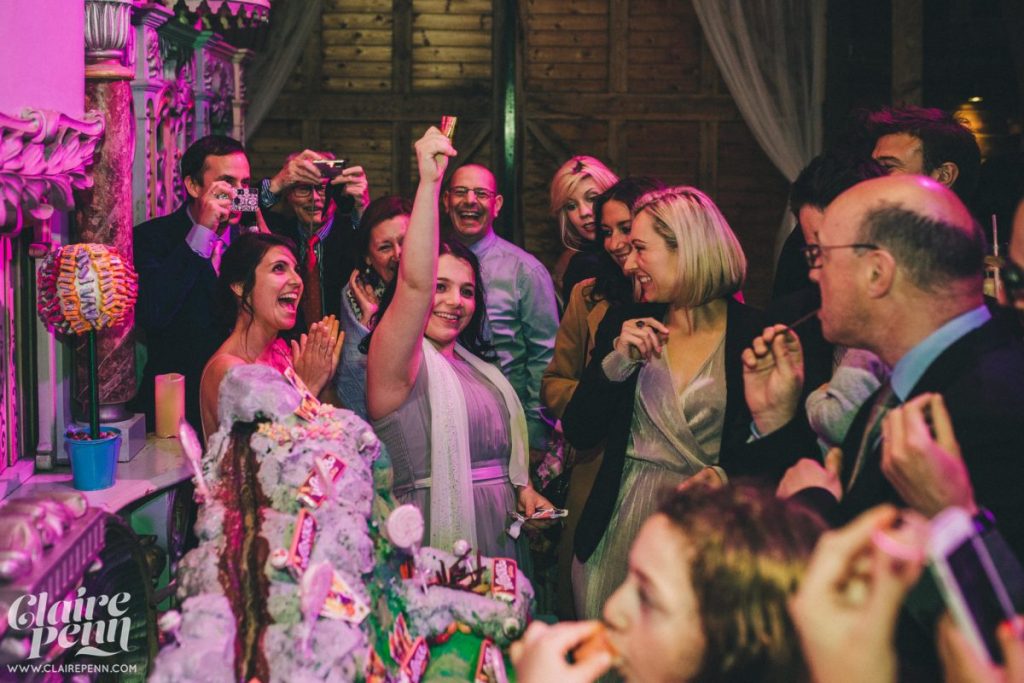 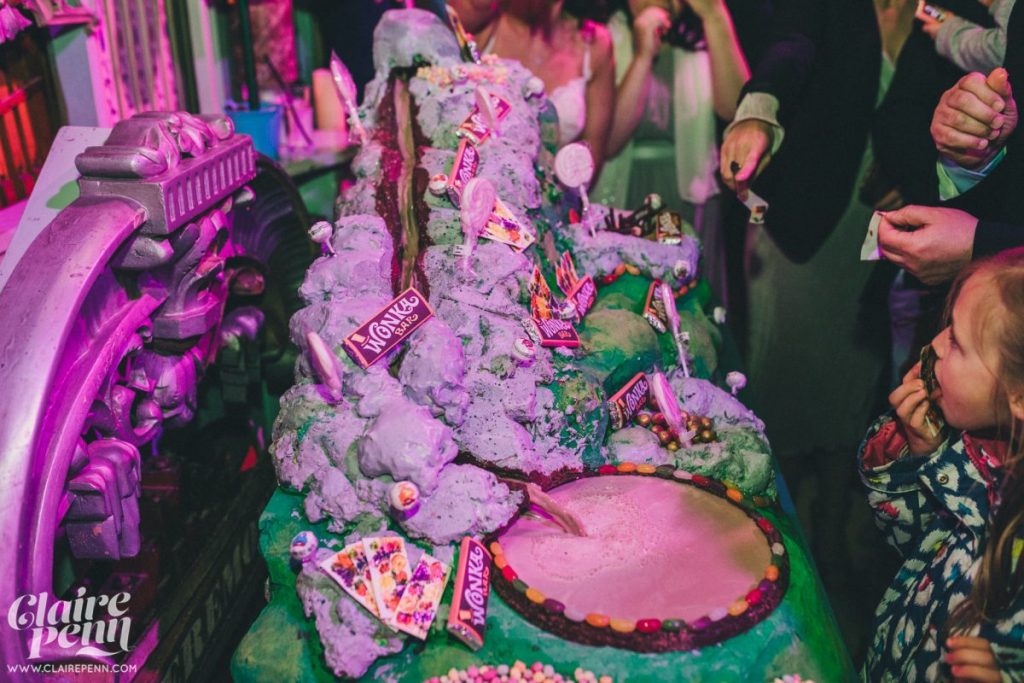 We made some garden games and we made mini chutneys and jams for our wedding favours. We also made our own Willy Wonka themed sweetie table with a chocolate river though I'm not sure we actually saved money! We sent emails instead of save the dates - that was probably our biggest saving. 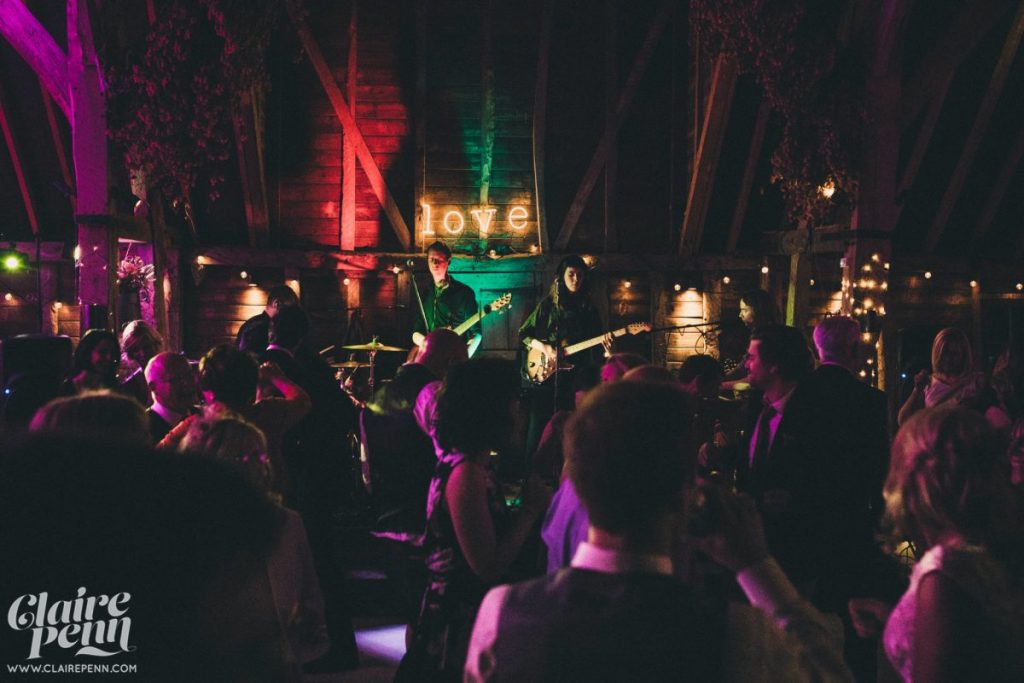 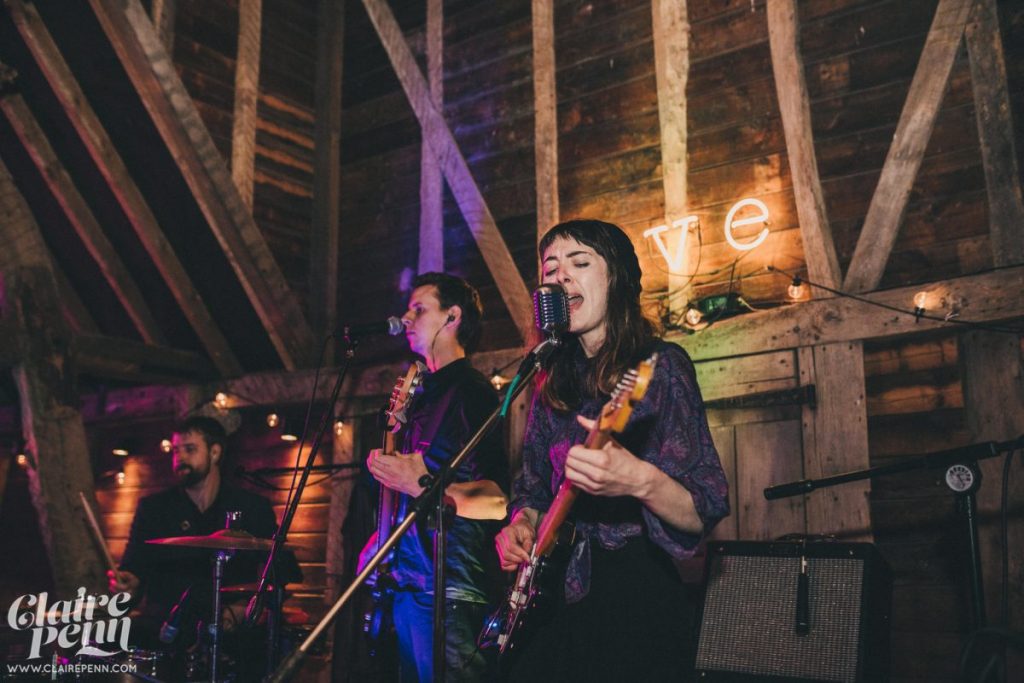 What made you choose Lady and The Tramps as your wedding band? Can you tell us a bit about them on the night?

We searched through lots of bands and so many of them sounded too 'wedding band' so we were really happy to find Band Boutique and then when we heard Lady and the Tramps we just knew. The demo was upbeat, vintage but modern and we loved the choice of songs they had. We listened to the demo constantly and couldn't wait for them to play. Even now, over six months later, after A LOT of weddings this year, people are always telling us how good they were. 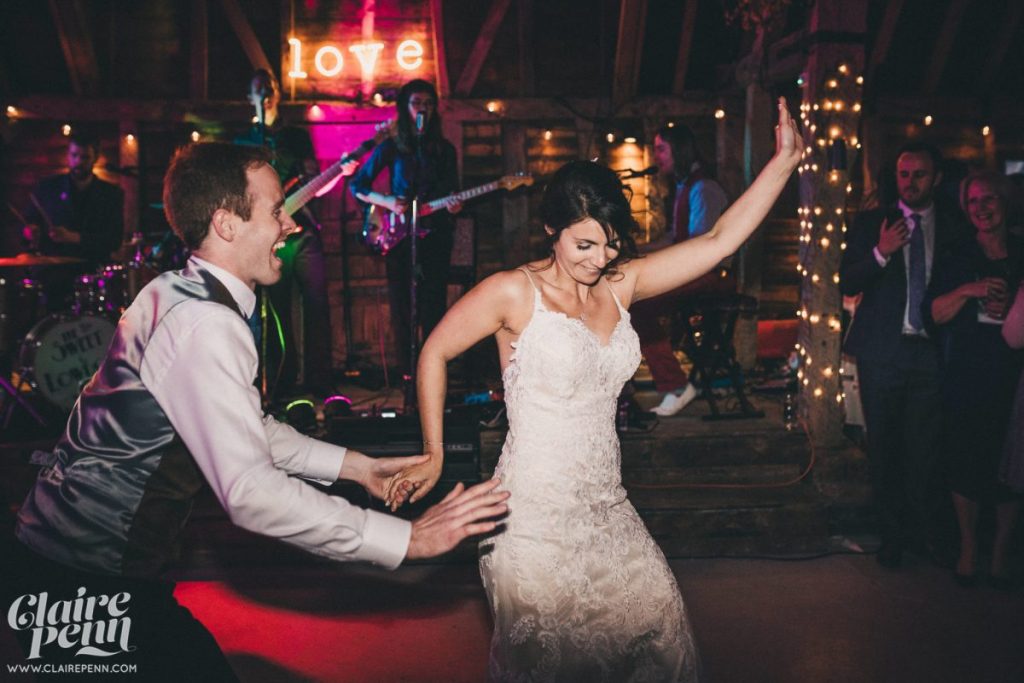 We picked Twist and Shout by the Beatles. We knew we wanted a fast song and were picking between a few possibles (Taylor Swift being one!) We had some dance classes and told the teacher our choices and he thought Twist and Shout had the best beat to do some swing type moves to! We were pretty terrible though, we struggle to watch the video back without dying of embarrassment.

Pina Colada by Rupert Holmes. We went travelling last year and the film Grown Ups was always on TV wherever we were and there's a scene in it with that song on that makes us laugh so Lady and the Tramps played it for us. It was great as it got us back together on the dancefloor as we were always being dragged away from each other by people wanting to talk or dance with us! I walked down the aisle to the Lava Song which is off a Pixar short film and we walked back down the aisle to Here Comes the Sun by The Beatles. We do love them! 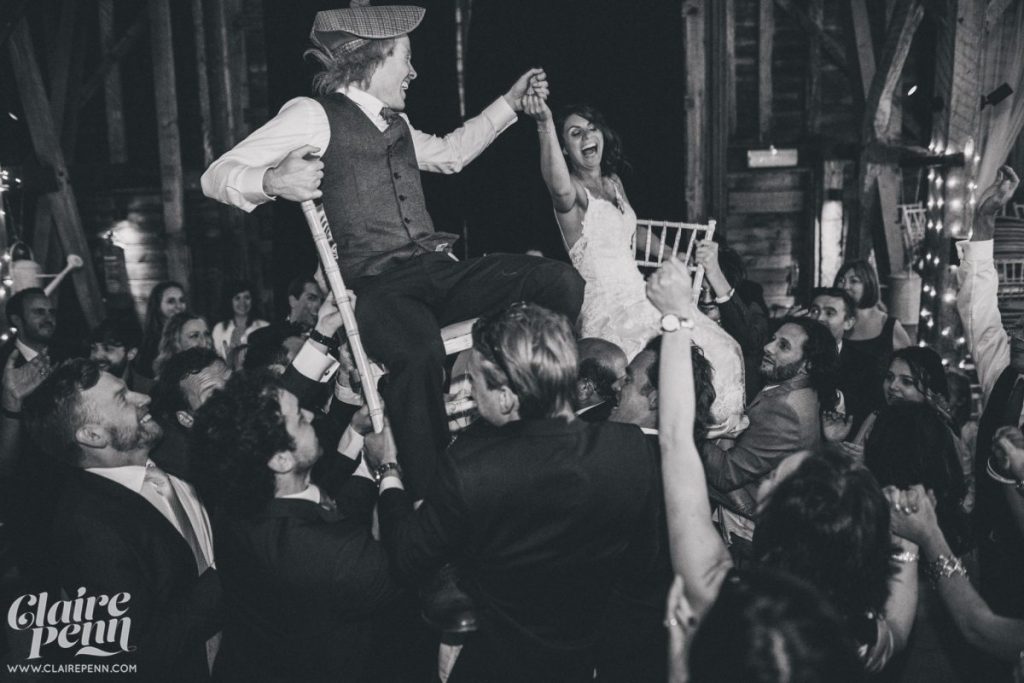 I'm from a Jewish background so we had some Israeli dancing and went up on the chairs. Everyone got so involved and had such a laugh with it, it was definitely our highlight. We also had extra touches to make it personal to us and it was so nice to see everyone enjoying them like the music quiz we organised during the meal and the inflatable instruments and ginger wigs people partied with later (Ross is ginger!). Also, seeing Ross as I walked down the aisle was the best. I'd been so nervous all morning and desperate to see him so I pretty much ran from my dad's side to hug Ross. 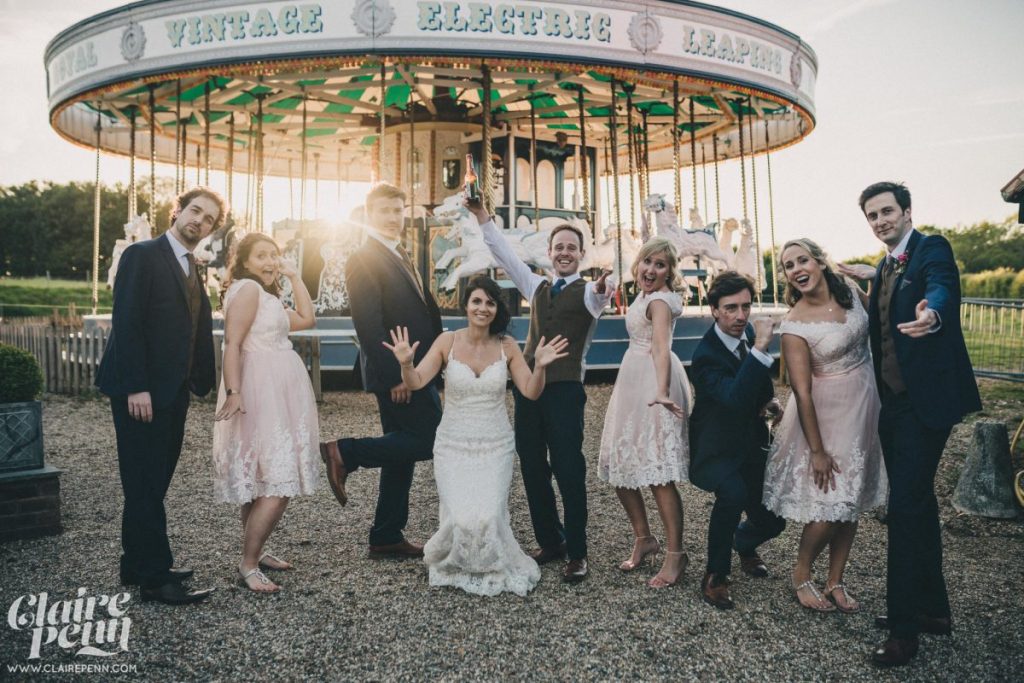 It's almost pointless saying it but keep calm! Don’t sweat it about the little things, guests just want to be there to support you and celebrate you and if anything goes wrong there is always a solution.  We dealt with a big disaster of our evening caterer not turning up but barely anyone realised, people just want to have fun and our day caterers solved it for us. It's not worth getting stressed about things beforehand.

That being said, think about the things that are important to you both, or personalise it to your tastes, not anyone else's to make it special for you and to show everyone what you care about.

Also, on the day, try to keep time to yourselves throughout the day and do the things you want to do. We had so many games but we didn't get a chance to play them and we wish we could go back and have a go.

Evening Band: Lady and the Tramps - for similar bands check out our festival and folk page.

Venue Dresser: I Do Devoted Dreams 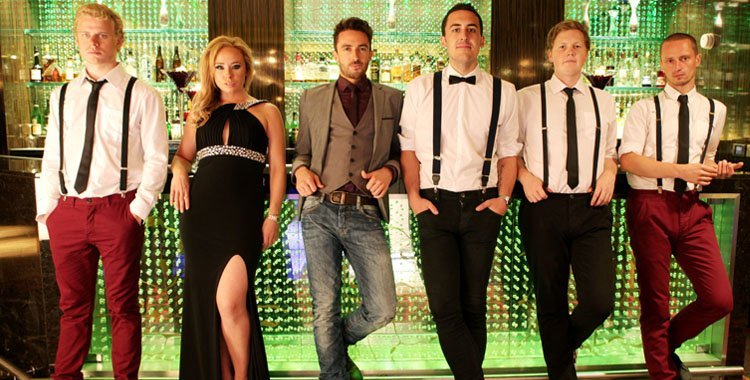 6 or 8-piece party band that rock a set designed specifically to get you dancing, and can be tailored to your needs. Live music including a mix of modern or classic pop tunes.... 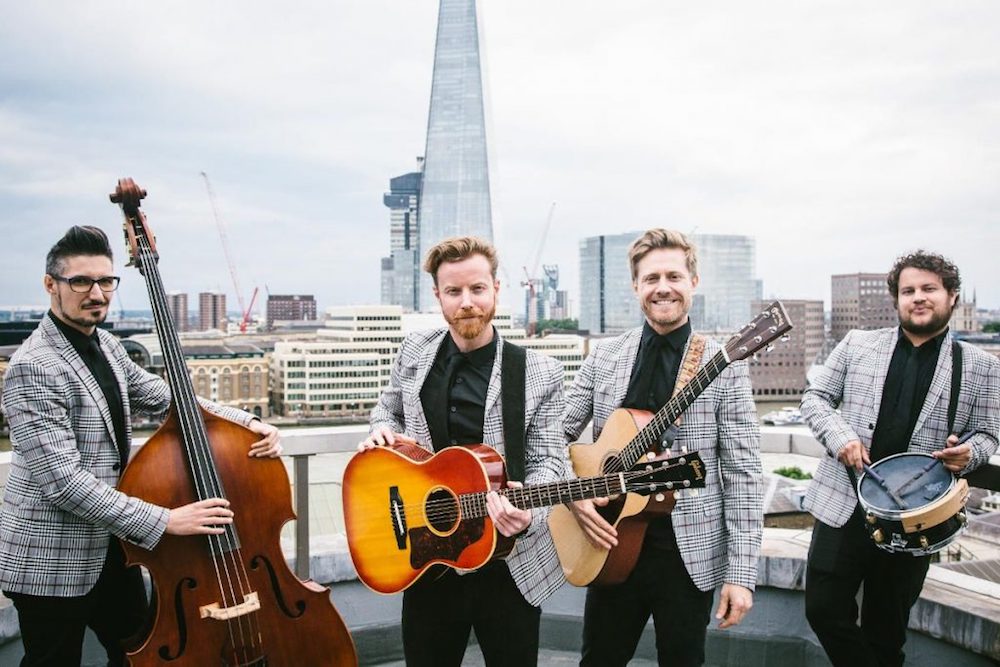 Wanderboy are a London based fully acoustic and roaming wedding and event band. Bookable as a trio or quartet. Excellent entertainment for drinks receptions, ceremonies, or during a meal.... 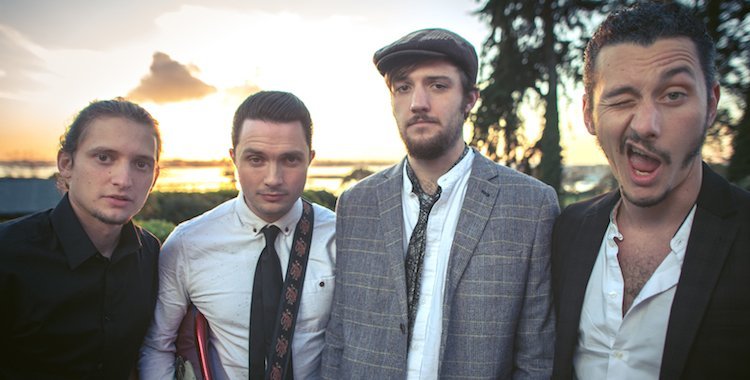 The Flyaways are a highly experienced, talented, and super energetic party and wedding band. They've cut their teeth in clubs and pubs around London and really know how to get a crowd moving. Check out their folk and electric styles.... 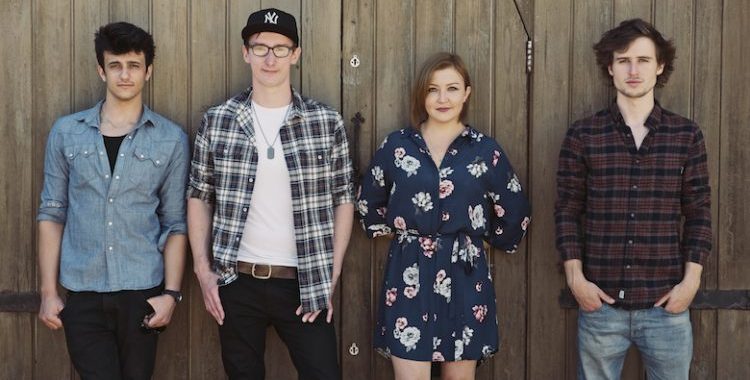 The Good Folk utilise classic instruments including violin, double bass and acoustic guitars to give a unique twist to their pop, funk and rock repertoire. The band have been one of the longest running Band Boutique bands and as such have great experience at performing at weddings and events.... 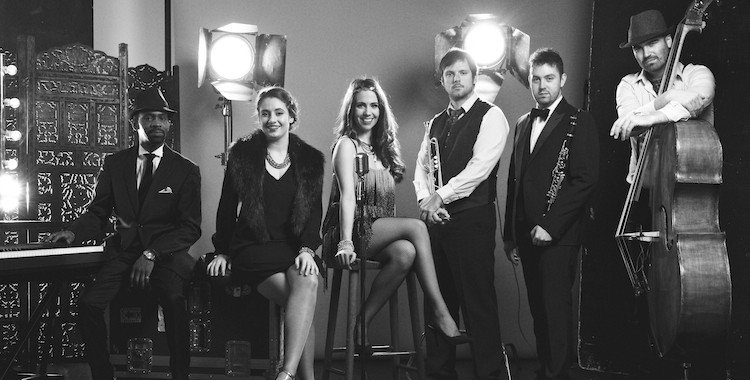 Gatsby's Gramophone are the UK's answer to Postmodern Jukebox. They play a mix of pop tunes including current chart and classic songs in their own swing style. With this band You can add a touch of vintage class to your wedding or event.... 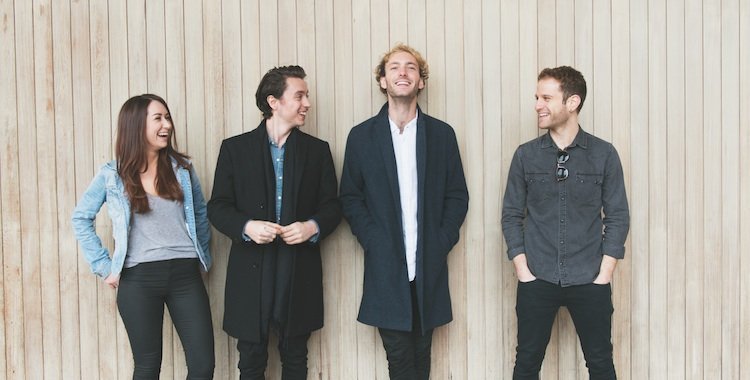 The Big Daddies are a Mumford and Sons style wedding band from Liverpool. They offer chart tunes and classic rock and pop in two styles. Modern folk with double bass and acoustic guitars and an indie rock and pop style with electric instruments.... 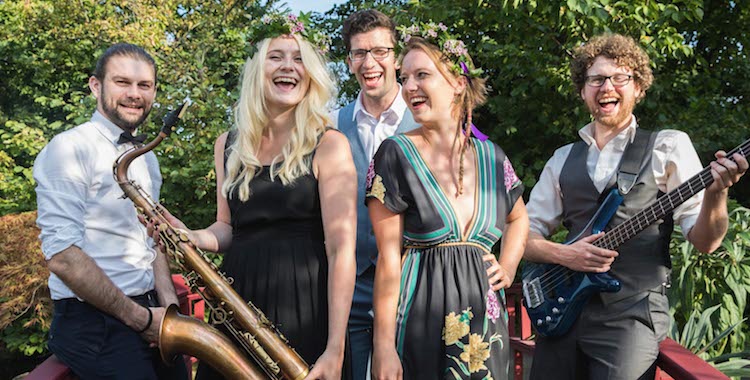 The Diamond Collective are a Jazz, swing and Pop quintet from London. They blend modern and traditional music with re-arrangements of popular songs. They perform with energy and flair and are perfect for weddings, parties and large corporate events.... 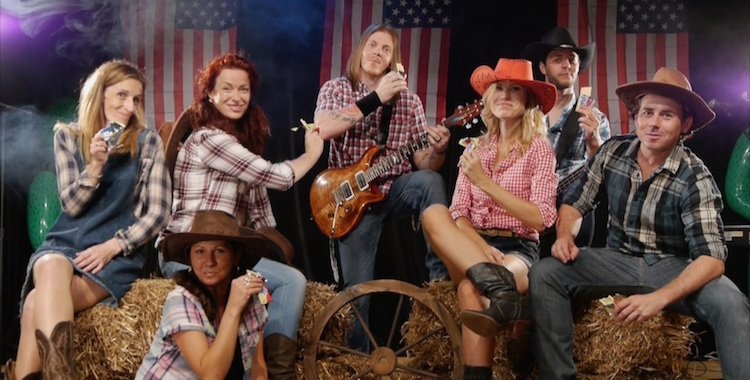 The UK's most authentic country and western themed party band. The band offer line-dance and hoedown calling to get your guests up and dancing to a wealth of classic and modern country tunes.... 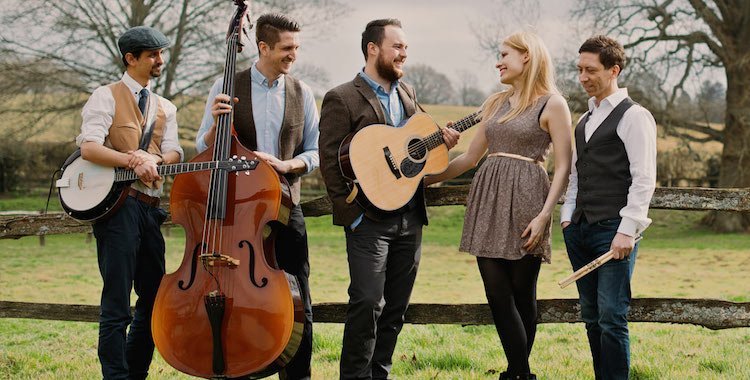 Hampshire based vintage style wedding band with male and female vocals. Their upbeat folk style is perfect for a festival themed wedding or party.... 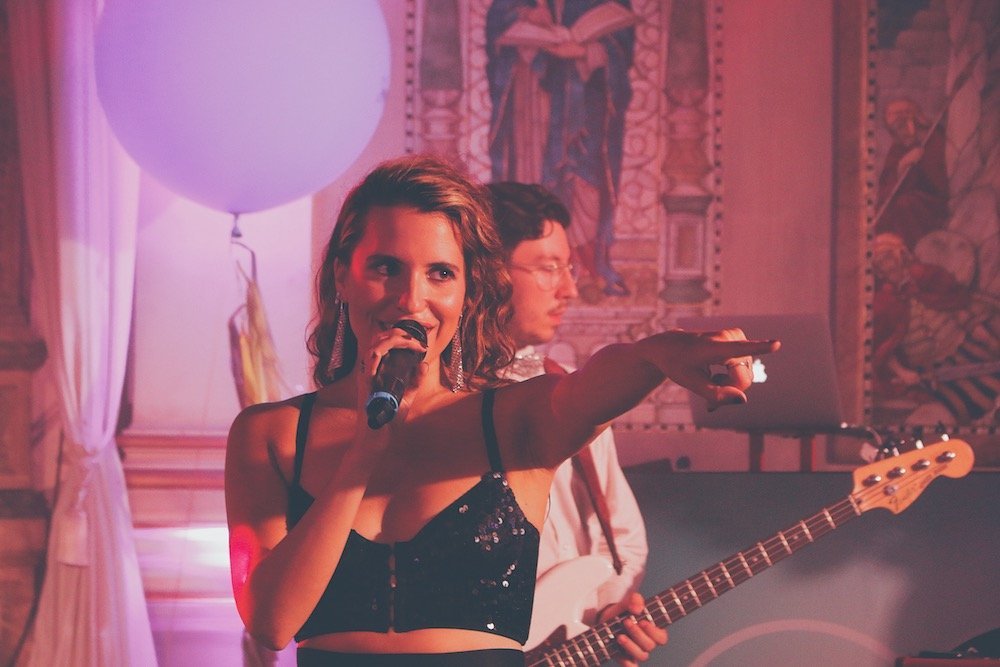 London based 5 to 9 piece, female and male fronted, show band performing a wide range of soul and pop hit songs....