Just a short blog today. As we supply entertainment for weddings I thought I’d have a look to see what sort of entertainment Will and Kate were going to have tomorrow and was pleasantly surprised. I had heard rumours of Elton John, Beyonce and James Blunt but in my opinion the act they have picked is even more amazing. With a lot of couples going for something alternative and different for their entertainment I thought it was awesome to find out that jazz and lounge cover band, Richard Cheese, were playing at the royal reception.
For those of you who don’t know who Richard Cheese is here is a picture… 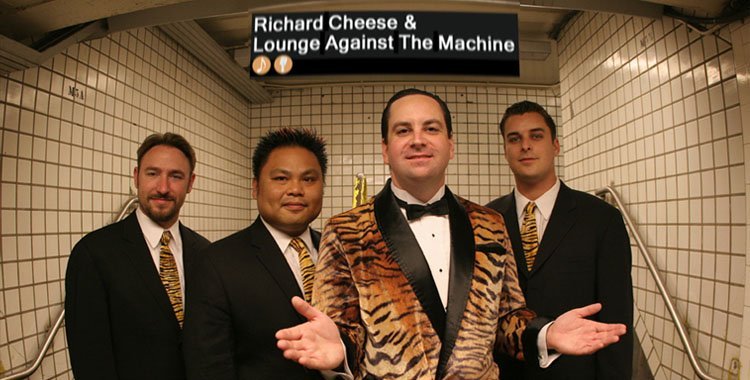 Nope I wouldn’t recognise them either but as a teen I used to listen to their lounge and jazz versions of some of my favourite heavy metal and rock songs. The bands full name are Richard Cheese & Lounge Against The Machine (this is a play on Christmas number one stealing awesome rockers Rage Against The Machine).

They have covered such metal hits as Getting Down With the Sickness by Disturbed and Welcome To The Jungle by Guns ‘n’ Roses. The band is scheduled to entertain at Buckingham Palace during the “cocktail hour,” while guests arrive for the reception and dinner. This should be around 1:00PM (GMT), after the wedding ceremony has concluded.

Apparently, one of Prince William’s friends recommended the band for the reception, and the bride and groom agreed to the suggestion.

The band are planning to record and release a live album of the songs they play during the reception.